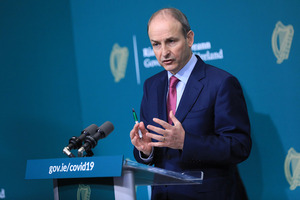 Asked if we’re into Level 5 restrictions until at least after Easter, Taoiseach @MichealMartinTD tells @MorningIreland ‘We are looking at a continuation of high levels of restrictions to the easter period. That remains to be determined by Government.’ https://t.co/Ym4sl7FSeM pic.twitter.com/pDbOIyg0Po

On international travel, Mr Martin said the arrival of a new variant has given an added momentum and importance to the issue of border controls, which are important to delaying variants entering the country and reducing their transmission.

Mr Martin said people should not be undertaking non-essential international travel, which is a breach of Level 5 restrictions.

He added that Ireland has to think beyond mandatory quarantine as “otherwise in the medium- to long-term we end up as prisoners in our own country”.

Asked about the ban on inter-county GAA matches, he said this will be looked at again. 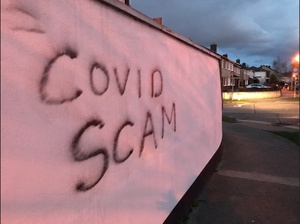 One side of M50 we have Irish EU citizens being stopped by Gardaí & hit with fines. On the other side of M50 coming from airport thousands of EU citizens are just left free to do what they like. Thats not normal. @vonderleyen @EU_Commission #lockdown
https://t.co/j41izb6Pe5

18 thoughts on “Until Morale Improves”