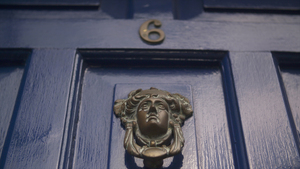 The story of 6 Harcourt Street.

6, Harcourt Street is known as the most historic house in Dublin. Since its beginning in Georgian Dublin it has been home to a Unionist MP, Irish revolutionaries and a Catholic Saint. It saw action in 1916 and played a key role during Ireland’s Revolutionary period including the decision to found Dáil Éireann and was also where Michael Collins had his office when Minister for Finance. It has been Conradh na Gaeilge’s headquarters since 1966 and has played its part in rejuvenating the language in the capital city and nationally.

The story of the building itself gives a fascinating insight into how Dublin and Ireland changed through the years. Its walls have witnessed monumental decisions that have had far-reaching consequences. A cradle of thought, debate and action that that helped mould life in Ireland.

What’s The Use Of Worrying?

1 thought on “Behind The Blue Door”