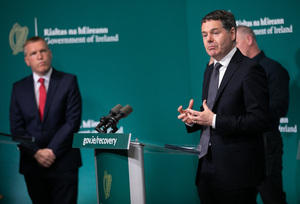 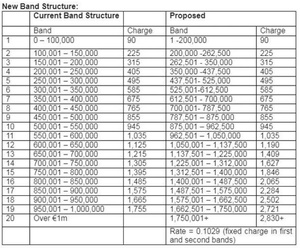 From top: Minister for Finance Paschal Donohoe and Minister Public Expenditure and Reform Michael McGrath during a press briefing on the Economic Recovery Plan in Government Buildings this morning; The new band charges could be presented to homeowners next January and February

Minister for Finance Paschal Donohoe gave some detail to his plan to increase Local Property Tax….

…Under the changes, all properties will be revalued on 1 November this year.

According to the CSO, house prices nationally have risen by 90% on average since their low point in 2013.

According to an analysis by the Department of Finance, 11% of property owners may see a decrease in their tax, while 53% may see no change.

The Story Of Why (Continued)

Rory Hearne: Why Your Country Needs You To Join The Housing Protest

It’s Only Rent Sure