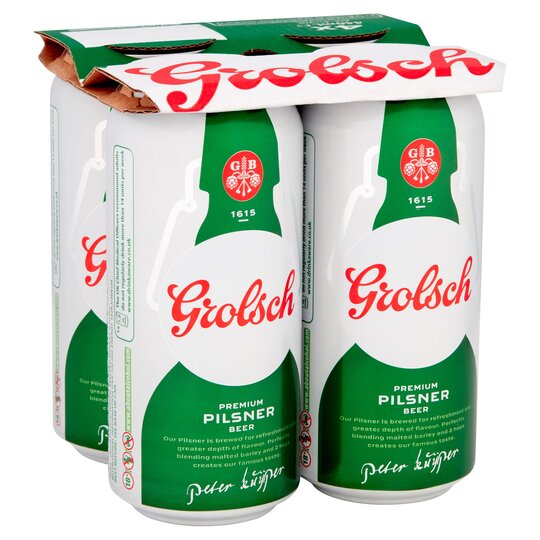 ‘The best example currently is Grolsch, owned by the Ahasi Group. When last available in Ireland it was 5% and roughly €1/1.25 a can.

Both Grolsch/Ashai and Tesco (though many supermarkets practise this) have refused to answer my queries, via twitter both in private and public messages.

Other brands have been doing it for years but the recent re-introduction of Grolsch serve as a timely example.

Carlsberg is frequently sold at 3.8%

Heineken is 5% everywhere else in the world.

If a pub behaved this way, they would lose their license. Why should a retailer be any different?

I hope I’m not alone here. I’m very passionate about beer, and believe others would be too if the Diagio and Ashai groups couldn’t manipulate the market and effectively bully out competition against their own swill.

They have other methods – Don’t get me started on keeping much better beers out of pubs, free stock, construction of beer gardens and so on.

With minimum pricing on the horizon, I believe the consumer is at risk of even further dilution and price gouging under the cover of regulation.’

The Things You See

36 thoughts on “Lord, Give Me Strength”