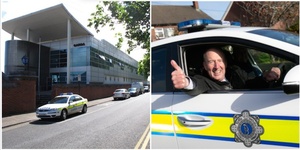 On September 23 last I submitted a complaint to Cobh Gardai regarding the alleged criminal leaking of information at Cabinet table discussions, specifically the Zappone appointment leak and accusations by Regina Doherty against former sports minister Shane Ross.

Over the years I have submitted a number of similar complaints regarding alleged political corruption.

I do not submit these complaints with the expectation that those suspected of corruption/criminality will face charges or even be investigated.

Irish citizens will be painfully aware that when it comes to political corruption the wheels of justice remain rusted to the tracks.

The principal reason for submitting the complaints is to substantiate my belief that we live in a dysfunctional democracy where the rich and powerful are allowed to operate outside the law.

I was therefore surprised and delighted to get a telephone call from Cobh Gardai requesting my presence in the station to make a statement regarding the complaint.

It would appear that somebody in Garda Headquarters has decided that the matter warrants investigation.

Could it be that those rusty wheels are beginning to move?