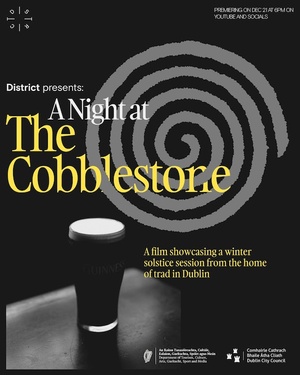 ‘A Night at The Cobblestone’.

An evening of trad in the recently-rescued Smithfield, Dublin 7 musical boozer.

To celebrate Dublin’s culture and community, District has created a film that documents live Irish Trad music performances from inside the Cobblestone.

You don’t have to be a regular at The Cobblestone to feel a connection to the pub, even if you only darken its door once a year you still feel an affection for it and I think that’s why so many people cared when the redevelopment plan was announced.

Shot and edited by Collective Films, A Night At The Cobblestone will premiere on the District Youtube channel on Tuesday, December 21 at 6pm.

Do You Live In A Daft Gaff?

2 thoughts on “Worth Saving”