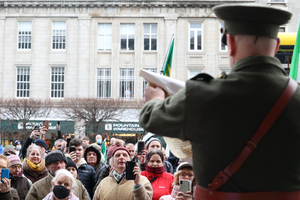 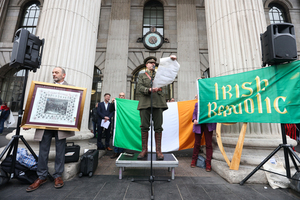 Cosplaying patriot Barra de Rossa, claiming to represent the sovereign people of Ireland, celebrates the anniversary of the declaration of Irish Independence on January 21, 1919. A group of protestors who identified themselves as “Citizens Marking independence day” gather outside the Mansion House.

The Fear Of God