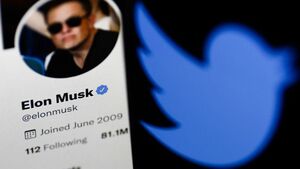 A rival bidder to Musk may not be stepping up any time soon, fearful of the byzantine task of moderating content on the platform, something that Musk has vowed to do less of.

“The Twitter Board could not find a white knight and with Musk’s financing detailed the clock has essentially struck midnight for the board which is why negotiations have begun to get a deal done,” said Dan Ives, who follows Twitter for Wedbush Securities.

Reports: Twitter in talks with Musk over bid to buy platform (AP)

How Disposable Is YOUR Social Media?