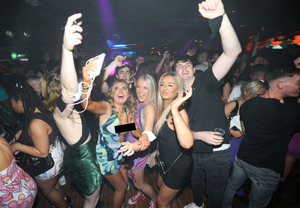 The Cabinet has agreed that midnight will be the new closing time for bars, restaurants and nightclubs from Thursday midnight.

RTÉ Political Correspondent Mícheál Lehane reports that the Cabinet has agreed that work from home advice will take effect from Friday.

The Cabinet has agreed that midnight will be the new closing time for bars, restaurants and nightclubs from Thursday midnight. Work from home advice for employees will take effect from Friday.

Covid passes will be required for cinemas and theatres but not for gyms and hairdressers.

In a change of policy, household contacts of a person with Covid will have to restrict their movements for five days and take three antigen tests. 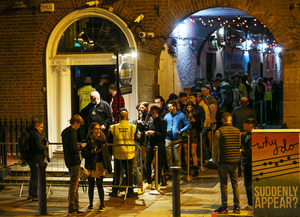 Tickets required to enter clubs and venues will have to be purchased electronically at least one hour in advance, under rules discussed this morning between government officials and industry representatives.

The rules, which are due to be signed into law on Thursday, will also stipulate that there should be no congregating at doors of venues and ticket holders only should be allowed in queues.

Industry representatives have asked for a grace period of at least two weeks to allow them to get their electronic ticketing system and other logistical requirements in place. 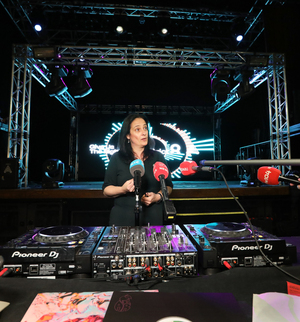 The Department of Enterprise and the Department of Arts and Culture and industry stakeholders are meeting this morning to finalise plans for how nightclubs and late-night venues will operate – including plans for the the new proposed ticketing system.

Licensed Vintners Association Chief Executive Donall O’Keeffe said the sector still does not know what guidelines to operate under and said the situation is really fluid.

“It’s very unacceptable really that four days after reopening, after the longest lockdown in the world, after 595 days of closure, we still don’t know what guidelines we’re supposed to be operating.”

Speaking on RTÉ’s Morning Ireland, he said the sector would need guidelines today if they were to be implemented by the weekend.

The industry should be given at least a two-week grace period in order to get a system in place, he added.

The ticketing requirement was “dropped like a bombshell on Friday evening“, he said.

Mr O’Keeffe said the sudden change in guidelines means that many bars will not now put on live music, which he said means many musicians will not get gigs they were hoping for in the run-up to Christmas.

Guidelines for nightclubs, late venues to be discussed (RTÉ) 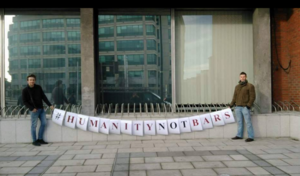 Outside Gandon House this morning

Further to the erection of bars outside the Department of Social Protection in Gandon House, Dublin, where homeless people used to sleep…

The Department of Social Protection is meant to be responsible for fighting homelessness, not making conditions even more unbearable for rough sleepers in Dublin city centre.

The recent installation of anti-homeless devices at the Department office building on Amiens street is an unacceptable measure, described in the following terms by the Director of Inner City Helping Homeless (ICHH) Anthony Flynn:

“[From] the department that is supposed to look after our vulnerable people…This the most unsympathetic way of dealing with the homeless crisis, it’s a ‘not in my doorstep attitude’ and we certainly condemn it.”

Accountability, however, has been lacking in the responses of both the Department of Social Protection and the Office of Public Works, which apparently manages the building in conjunction with a private landlord.

But it’s time for government to stop shirking responsibility. An Tánaiste Joan Burton is also Minister for Social Protection, and TD Simon Harris is Minister of State with special responsibility for the Office of Public Works. Let’s call on them to take action against this appalling measure, and to advocate immediately for the removal of all anti-homeless devices from Gandon House.