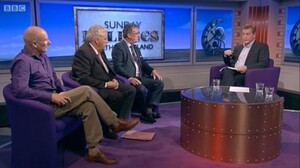 Billy Hutchinson, the leader of the Progressive Unionist Party repeated the claim he made on Friday that he is not a loyalist leader.

As to who put up the flegs, he said “it was Protestants who put them up.”

Previously: Any Fenians Will Do

Not On My Pole 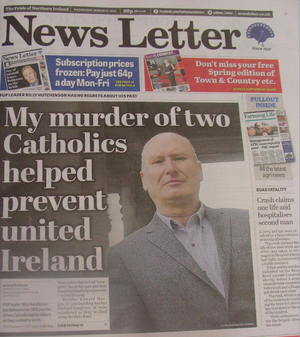 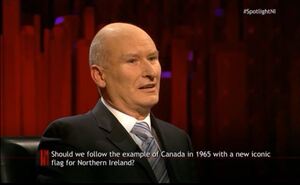 “Well you know I find it very rich that an American would tell us to think about a new flag how they actually bow down to their flag. You know, from my point of view, you know, the Union Jack is the national flag of the country. I am British and I live in Britain. So, I don’t want to see a new flag or do I want to even be involved in trying to create one.”