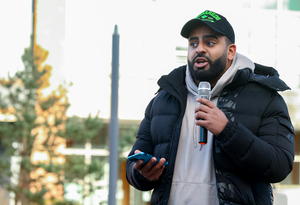 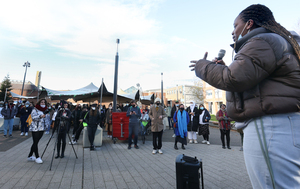 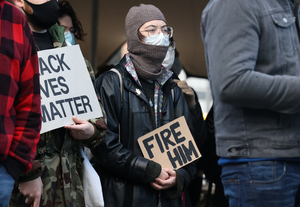 Under the Black Lives Matter banner, students and activists, including former political prisoner Ibrahim Halawa (top), demonstrate against an online post harshly critical of the BLM movement and George Floyd, written last year by IT lecturer Dr Mark Humphreys on his ‘personal blog‘ but recently unearthed.

Protestors claim the entry is filled with hate speech and want the computer science teacher to be fired. 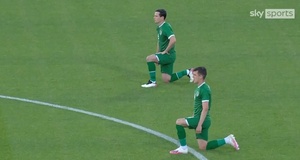 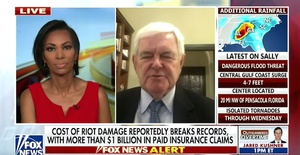 Former US House Speaker Newt Gingrich was cut off by a Fox News panel after linking George Soros to the instances of violence that have happened at Black Lives Matter protests in American cities.

Gingrich claimed that the “number one problem” in cities like Portland, New York and around the country which have seen protests against police brutality since late May due to the killing of George Floyd, is “George Soros-elected, anti-police, pro-criminal district attorneys who refuse to keep people locked up”.

The Fox News host Melissa Francis then said: “I’m not sure we need to bring George Soros into this. I was going to say you get the last word, speaker…”, to which Gingrich continued to claim that Soros paid for the protests, asking why couldn’t the “millions of dollars” be discussed on the panel.

“No, he didn’t,” said one of the other panellists. “I agree with Melissa that he didn’t need to be a part of this conversation”.