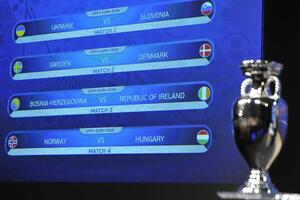 Ireland to face Bosnia in play-off for Euro 2016 (Independent.ie) 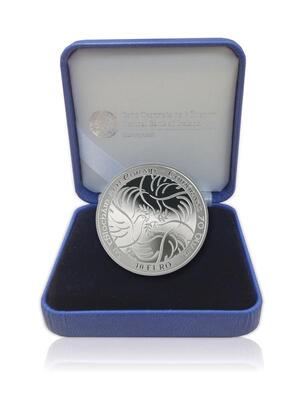 Incredible Central Bank of Ireland writes the Yugoslav wars out of history….

Pic via Central Bank of Ireland 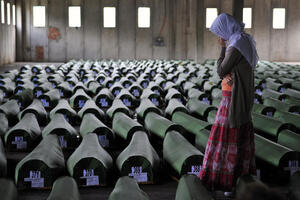 (Potocari, Bosnia yesterday on the 18th anniversary of the Srebrenica massacre)

Yesterday, the bodies of another 400 victims from the notorious 1995 Srebrenica massacre were buried in a moving ceremony in Bosnia.

The Bosnian conflict, despite being completely uneven, was one in which Ireland took a shameful policy of doing nothing, as I wrote in 2010 and saw at first hand at the UN General Assembly.

“In a move that amazed other countries at the UN, especially the neutrals and non-aligned, Ireland didn’t support the right of the Bosnian Muslims to arm themselves. “We have settled for the mess of pottage,” a doughty Ambassador told us in New York, meaning the EU Structural Funds package from Brussels. An old-timer and UN veteran, who’d came through from the era of Frank Aiken and Frederick Boland, when Ireland at least tried to take a neutral stand on these matters, the Ambassador couldn’t believe our cop-out.”

At least our reputation was restored somewhat two years ago when Ireland was one of only two countries to insist on the arrest of Ratko Mladic, the architect of the Srebrenica massacre, before Serbia could be further considered for EU membership. This duly happened.