Get all the information on Coal, August 1985! pic.twitter.com/XatUEPftQg

Name those jammers (and bus models), anyone? 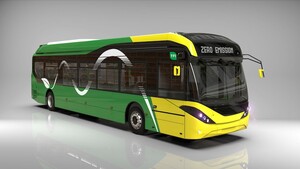 The National Transport Authority (NTA) and Alexander Dennis Limited (ADL) have today signed a framework agreement for the delivery of up to 200 zero emission battery-electric buses. An initial order for 45 buses commencing delivery in 2022 was also agreed.

The framework agreement will run for up to five years and covers the delivery of single deck long length battery-electric buses. The first 45 buses are expected to operate services in Athlone and the Dublin Metropolitan Area.

The Enviro200EV is a product of the partnership between ADL and BYD Company Limited, whereby the latter supplies the chassis of the bus (including the traction battery pack and powertrain), for completion by the former.

So the NTA thinks it's doing a great job buying 200 electric buses but at the same time spends over €500k a piece on 55 of these diesiel guzzling monsters which run at about 6mpg in the city…..🙄 pic.twitter.com/O0bcD55wzb 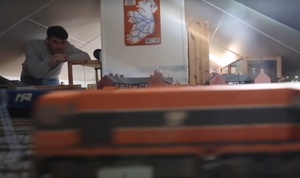 Based loosely on the fictional neighbourhood of Barrystown from the novels of Roddy Doyle, it has taken him roughly 11 months to complete. 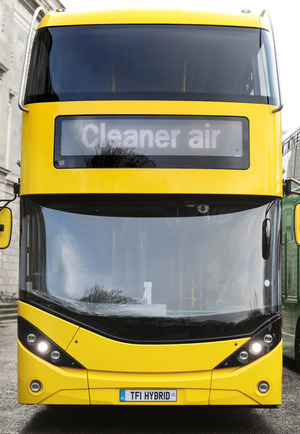 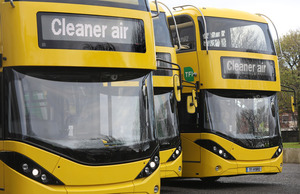 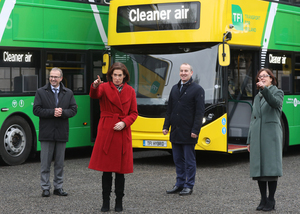 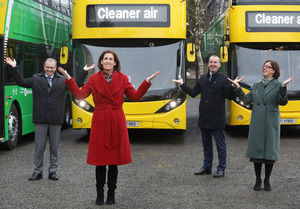 The first of an initial order for 100 double-deck electric hybrid buses placed by the NTA,  destined for use in Dublin by Dublin Bus and in Galway by Bus Éireann, arrived.

The new buses will enter service early in the New Year.

The exterior of the buses features the new green, yellow and white Transport for Ireland, (TFI) livery, which will be ‘phased in across the entire public service obligation (PSO) fleet over the coming year’.

But what about the spec?

The buses, designated Enviro400ER by their manufacturer Alexander Dennis Limited, utilise BAE Systems’ Series-ER hybrid system that incorporates a 32kWh next-generation lithium-ion battery energy storage system that can be charged externally via a plug-in connection.As a result, they are capable of running in zero tailpipe emission mode for a distance of at least two and a half kilometers and will reduce greenhouse gas emissions by at least 30%.