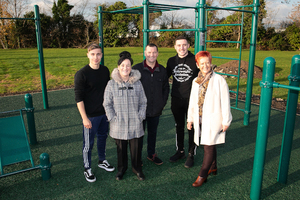 They wanted a free, public calisthenics area in their local park.

So they took it to Fingal Civic Offices.

A calisthenics area has now been installed by Fingal County Council in Millennium Park in Blanchardstown, Dublin 15 after a suggestion by two Fingal residents, Anel Kvrgic and Dylan Brady.

Anel and Dylan initially approached the council with the idea of creating the area to “promote fitness and health in the community”. 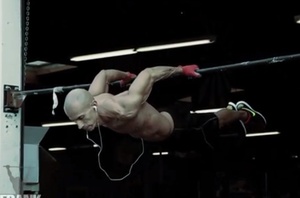 Inordinately buff fitness trainer Frank Medrano shows off his calisthenics prowess – using his body weight rather than gym equipment as a form of resistance.

Consider this as you palm-mash that third Danish into your face-hole.