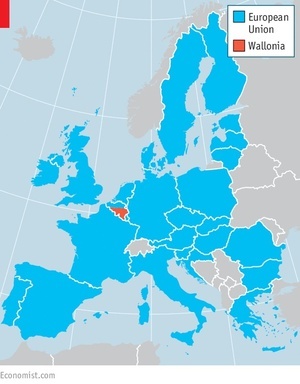 The regional government of the Belgian region of Wallonia is blocking an EU trade deal with Canada which would reduce 98% of the tariffs between Canada and the EU.

Critics of the Comprehensive Economic and Trade Agreement [CETA] believe it will weaken consumer rights and damage the agricultural industry in EU member countries.

Via The Brussels Playbook

it’s easier to imagine the deal as a meal.

Among many, many concerns, the negotiation process for CETA has come under substantial fire for being more of a set menu than an À la carte proposal.

With dinner having been opaquely decided on, at best not quite suited to the taste of some guests, and at worst inedible to some in the room, the Wallonian government has decided that it won’t be eating.

A key concern of the Walloons is the threat CETA presents to agriculture. In a region which boasts a cow for every three inhabitants, the prospect of the European market becoming flooded with Canadian products is a daunting one.

That the deal is an all or nothing proposal, and that the Walloons have rejected it in major part because of this raises the question of whether this way of doing business is now tenable.

….it’s worth noting that Politico leans fairly heavily towards the American centre, that is to say it would be very much pro-business, free market capitalism, and transatlanticism.

It’s possibly fair to say the Americans have gone soft so far away from home, but what’s interesting here is that the negotiation of these deals has been so poorly handled that even those who might be expected to be cheering them on have reservations. 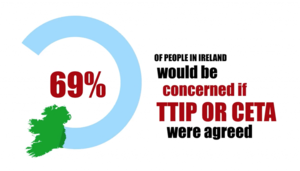 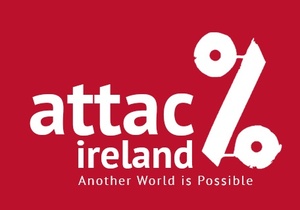 The International CETA speaking tour will be held in Liberty Hall, Dublin at 7.30pm, hosted by Attac Ireland, which “resists neoliberal globalisation and campaigns for a more just, equal and sustainable world”.

The Comprehensive Economic Trade Agreement (CETA), is the less well-known cousin of TTIP, the EU-US ‘free’ trade and investment deal currently being drafted. Negotiations on CETA are closed: if adopted by the European parliament early next year, it would allow companies to sue governments for compensation in a private arbitration called ISDS when they say that laws interfere with their profits.

The completed CETA trade deal is the first EU treaty to include an approach to services liberalisation through ‘negative lists’. This means that all categories of the services sector, including water, education and health, will be opened to competition and competitive private-sector tendering, except those services that have been explicitly excluded in the ‘negative list’ at the start of negotiations.

The text of CETA,, now available online, clearly shows that the Irish Government has not excluded water, health or education services from the enforced privatisation and tendering rules of CETA,