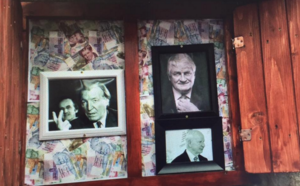 A new addition has been added to The Blue Note pub’s ‘cupboard of shame’ in Galway. 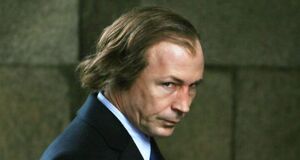 Aidan Gillen (above) not only manages to look like Haughey, but he conveys his ruthlessness and charm effectively.Tom Vaughan-Lawlor does an equally good job as Haughey’s loyal servant and fixer PJ Mara, although the character is given more power and influence than he actually had at this stage in Haughey’s career. Lucy Cohu is excellent as Haughey’s mistress, Terry Keane, and Gavin O’Connor looks like Seán Doherty as well as nailing his character.

Mention, too, should be made of Peter O’Meara as a cravenly ingratiating Brian Lenihan, Frankie McCafferty as a slithery Des Traynor, Gavin O’Connor freakishly similar to Sean Doherty and Risteard Cooper giving a quietly arresting turn as civil servant Dermot Nally.
And Lucy Cohu hit exactly the right over-the-top vampish note as Haughey’s paramour Terry Keane, even if her Coq Hardi frolickings with her lover seemed to have strayed in from a ‘Carry On’ film. 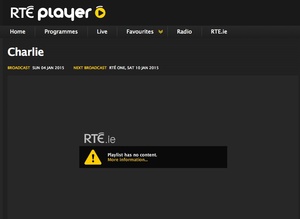 Charlie unavailable to people outside Ireland? Anyone? 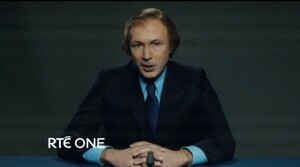 A new promo for Charlie.

The DRAMA begins at 9.30pm on Sunday January 4, 2015 on RTÉ One and will run over three successive Sundays.

From 1984, Father Michael Cleary was one of five churchmen who took part in a charity Church v State Celebrity Challenge motor race in the Phoenix Park.

The race was won by TD Michael Keating, racing for the Stanhope Centre for Alcoholism, who celebrated with champagne. 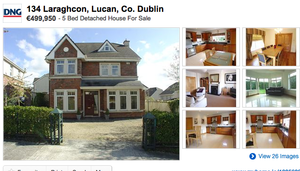 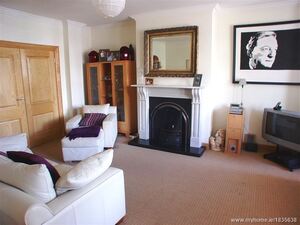