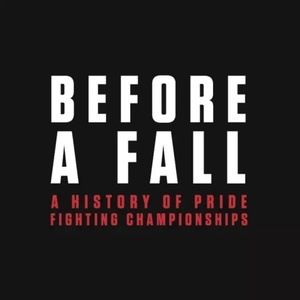 Dublin writer Lee Daly has set up a crowdfund page to help him publish his book Before A Fall: A History of PRIDE FC.

I’ve been a huge PRIDE fan since I got the 2000 Grand Prix on a VHS tape nearly two decades ago and was always captivated by the glamour, grit and grievances that made the promotion so compelling.

For years I wondered why there was no book on the history of PRIDE, before deciding to take the plunge and tackle it as a project.

I’ve been researching and writing for two years and have been very fortunate to have had help from fighters, commentators and journalists, all who have shared unique insights into what made PRIDE so special. Here’s just some of the names featured: Bas Rutten, Stephen Quadros, Frank Shamrock, Minoru Suzuki, Erik Paulson and Frank Trigg

Illustrator John Sheehan and I have been working hard to make the book a reality and we now want to share the results of our work with as many of our fellow fans as we can. 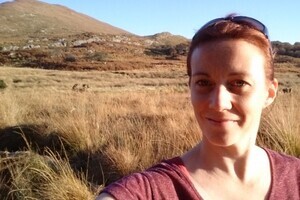 You may recall how Fiona Kennedy, who has clinical depression and borderline personality disorder, wrote a piece last Wednesday.

It detailed how, after waiting eight months to begin dialectical behaviour therapy (DBT) at the Adult Mental Health Services at Galway University Hospital, the mother-of-two was told the treatment would not be provided because of a lack of resources at the hospital.

Within 24 hours, she received enough money to fund almost a year of private therapy.

Further to this, Fiona has written the following open letter to all general election candidates.

I did something yesterday that I never, in a million years, would have considered I’d have to do. I went looking for money from complete strangers. Why? Because of the phenomenal shambles that is our public mental health service.

I have borderline personality disorder (BPD) and depression, and have been blogging about both for years now. I have a good following on Facebook, and have received an unbelievable level of support from both platforms over the years, particularly during the last few months which have been incredibly tough.

Last week, I was told that a treatment that has been promised for months by the HSE (dialectical behaviour therapy/DBT) will not be going ahead. I can’t begin to describe the impact that this had on me, and on my family.

We had pinned all our hopes on this, as I have tried every other avenue I could to get to grips with BPD. We’re out of options, the only alternative left is to access private therapy.

The cost of attending a private clinical psychologist is immense, and it’s money that I simply do not have – I’ve been attending public services for years for a reason.

We found a psychologist who is able to offer exactly what I’m looking for, and has the capacity to take me on now, but there’s the not-so-insignificant factor of fees to be considered. After a lot of soul searching, we decided to try crowdfunding.

The response to this has been phenomenal.

In less than 24 hours, I’ve been given enough to fund almost a year of private therapy. The generosity of those who have donated has left me absolutely speechless.

This will quite literally change my life, and that of my family, it’s just incredible. For the first time in as long as I can remember, I genuinely feel like I’m going to be able to get a handle on all this.

My husband looks brighter than I’ve seen him in years. This money will give us so much more than just therapy, it will give us back our future.

However, while I’m beyond grateful, I’m also really angry. I should never have been put in the position of having to ask for money.

Treatment was promised, time and again, by the HSE. It’s such an indictment of our health services that this is how it has turned out, and at a time when we’re constantly hearing about keeping the recovery going. Mere days from the election, promises are still being broken.

I also realise how lucky I am to have been able to raise this money – between the blog and Facebook, I have people who are very familiar with my situation ready to help in any way they can.

What about the others who were promised DBT? What are they going to do? And this is just one programme, in one area. How many other programmes won’t be going ahead? How many other people are waking up today feeling like they have no hope left, no future?

If you’ve never felt that, you can’t begin to understand how terrifying it is, and I’m glad for those of you who just can’t identify with it. But for those who can – what will be done? Mental health is way down the priority list of so many of you, but this is not something that can be ignored any longer.

People are dying. When you’re already hanging on by your fingernails and hope is taken away, it’s far too easy to let go. This has got to stop.

Services have got to be more than just improved, they have to be completely overhauled. The way forward is clear, Mental Health Reform have done huge work in highlighting the changes that are needed. Why has it proven so impossibly hard to make those changes happen? What else will it take?

You have the opportunity now to make a real, lasting difference. There is so much kindness and energy in the country, people not only want to see change, they want to be part of making it happen.

So please, please, for all our sakes, and even more so for those who’ve been left struggling alone, do what needs doing.

Yours sincerely, and on behalf of everyone who needs help,

Previously: ‘I Have A Headache From Crying’ 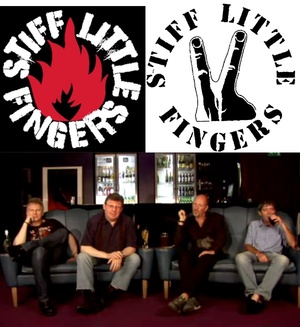 See how they did it here