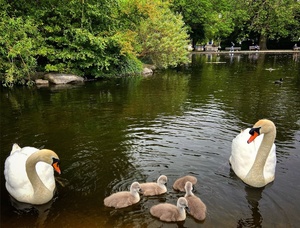 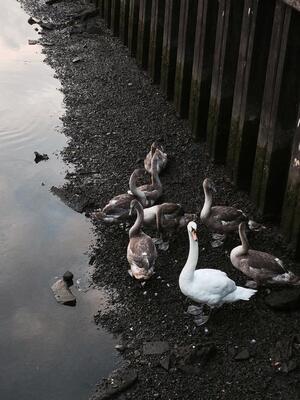 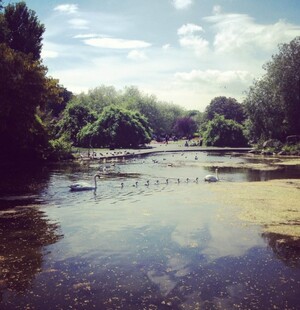 Thought you might like this pic of the 8 cygnets and parents at St Stephens Green. They’re becoming a popular attraction! 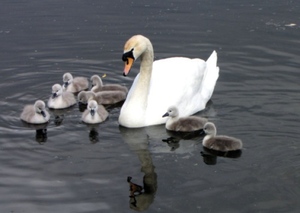 The father’s swanned off.

Mute swans usually lay between four and six eggs; however this Limerick swan had a clutch of nine cygnets in recent weeks. “Nine is an incredible number. The average is four to six although we did have up to 10 cygnets sighted before,” says Westfield Wetlands committee member Sean Ryan.