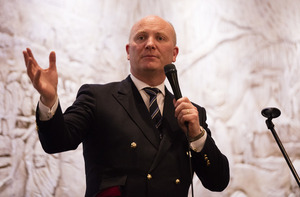 2. It’s regrettable that I had to initiate these defamation proceedings arising from RTE’s Prime Time broadcast on 27th Nov 08 in order to vindicate my reputation & had to prosecute the claim to this stage before reaching settlement.

Declan Ganley responds to an apology read out in the High Court earlier and a substantial settlement from RTÉ 12 years after he said he was defamed during a Prime Time profile.

“On November 27, 2008 RTÉ broadcast a Prime Time special programme concerning Mr Declan Ganley. In the course of the programme, reference was made to the death of Mr Kosta Trebicka and an image was shown of his body,” the statement said.

“RTÉ accepts unreservedly – as stated on the programme – that the death of Mr Tribecka was wholly unrelated to Mr. Ganley or any business related to him. RTÉ apologises to Mr Ganley for any hurt or distress that may have been caused.”

RTÉ apologises to Declan Ganley over Prime Time programme he claimed linked him to death of Albanian businessman (Independent.ie)

Via John McGuirk, a friend of Mr Ganley’s:

…The justification for showing the dead body of a man murdered, lying on the roadside, was that he had, at one time, met Mr. Ganley. The subtext was clear: Ganley met this man, and then he was murdered. We’re not saying Ganley had him killed, but is Ganley a tool of the neo-cons, and isn’t this the sort of thing that neo-cons do??”

It was, in short, the most despicable piece of journalism I have ever seen in my life. In the weeks and months afterwards, I lost count of the number of people who accused me of working for a murderer.

A long battle through the courts has ended today, mainly because RTÉ knew, I suspect, that they did not stand a chance in front of a jury.

They have agreed to pay a substantial sum in damages, plus the costs of both parties. You, the licence fee payer, will bear the cost of every penny.

Most people, of course, will never hear about the apology. Hundreds of thousands of Irish people watched the hit job back in 2008. Many of them will have forgotten the details.

Many of them probably still look at Mr. Ganley and think “there’s something shady about that fella”, not even being conscious that the programme influenced them, as intended.

That was the objective, of course. RTÉ have paid the price for it, today. But it is not justice. In a just world, the people responsible for this would never work in media again.

The victims of this kind of thing from RTE are always from the same stock, of course. David Quinn had to sue them when they allowed a smear to be broadcast about him. Fr. Kevin Reynolds was called a rapist, and had to sue them. Sean Gallagher was the victim of a transparent, and successful attempt, by RTÉ, to rig a Presidential election. Kevin Myers was called an anti-semite on national radio. All of them won substantial damages, all of those damages paid by the public. When was the last time a Fine Gaeler had to sue RTE for libel? It’s always the same people – those who take a different view, on matters of controversy, from the establishment.

There have never been any consequences for people working in RTÉ. The costs, every time, are paid by the licence fee payer. The smear artists sail on, unaffected.

The licence fee should be abolished.’ 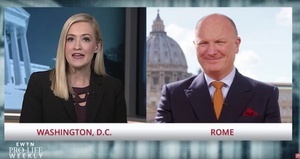 Declan Ganley behind enemy lines in the FCA’s elite Republican Guard during the 1990s.

YOU WEREN’T THERE MAN. Figure most reasonable people would recognise Richard III should have a Catholic burial. Anything less would be intolerant silliness. They don’t get cultures of openness, transparency and sharing, and the interrelationship of these individual-collective values that frame many peoples understanding of democracy power and agency. And they sure as fuck don’t get the lulz.

Libel laws have always been about controlling the medium itself rather than controlling what people can or can’t say, but the more mainstream media spin this as some muzzling on Twitter and the internet, the more they look like me talking about dubstep at a party. Daft.

In public… Ganley himself is being lauded by some as the saviour of decent polite discourse, but to other he looks like Cartman screaming “respect my authority”. They wish they knew how to quit each other. Or words to that effect.

Declan Ganley and Robert Emmett in The Shelbourne Hotel (in the room where the draft constitution of the Irish Free State was cobbled together in 1922) literally earlier.