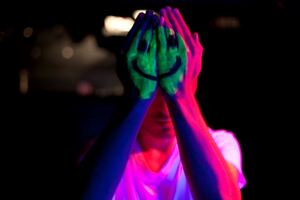 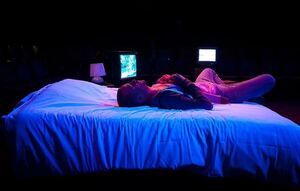 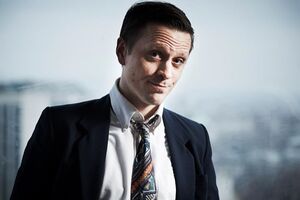 Deep, written and performed by Ray Scannell, above, is taking place in the Half Moon Theatre in Cork city until Sunday night, as part of the Cork Midsummer Festival.

The story is told thought the dilated eyes of a 35-year-old pill head (top), supported by DJ/VJ narrated audio-visual discography with documentary footage of the club.

“Ten years ago the spiritual home of Cork’s first generation of ravers closed forever. This new show from one of Cork’s finest theatre-makers marks the occasion by exploring the social and political backdrop of the time. Featuring documentary interviews of the club’s main figures and footage of nights at the club (can you spot yourself amongst the smiling faces?), Deep is the story of an era told through the personal journey of a Deep House Junkie who, at 35, has lived through the peaks and troughs of the last two decades, and is still intent on raving to the grave.” 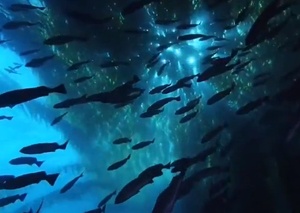 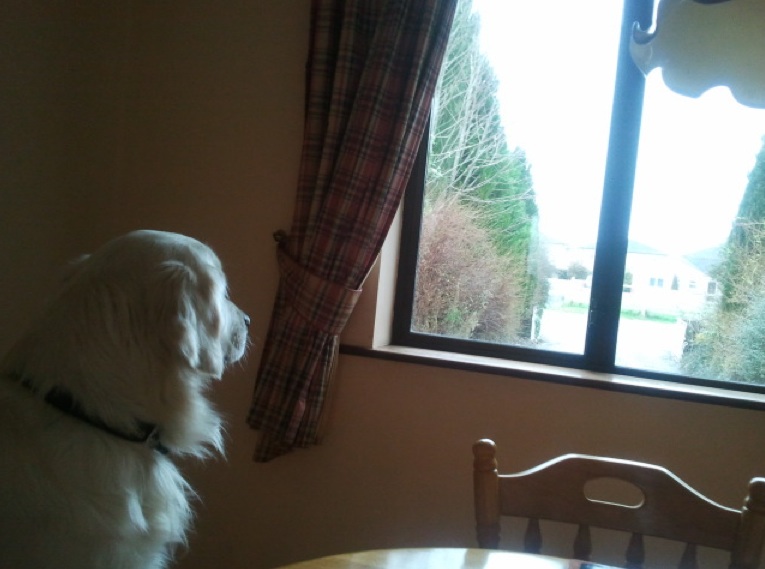 “Less and less is life animated through personal discovery, intimacy with others, or self-reflection. While life has become more manageable for many people, it has become commensurately less engaged.”