“Due to popular demand I’ve officially launched my YouTube channel. Why not tune in and get creative with me…” 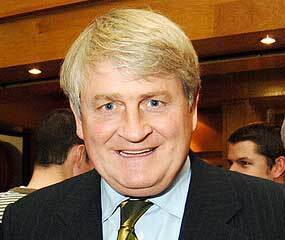 Denis O’Brien first attempted to influence the people of Ireland by appearing on The Den under the alias “Don Conroy”. Getting into the psyche of Irish children was a clever tactic to improve public opinion of him in future generations. Unfortunately, it didn’t go quite to plan. Most of these kids (now grown-ups) realise he’s still a complete [REDACTED].

He’s no Vladimir Savčić, in fairness.