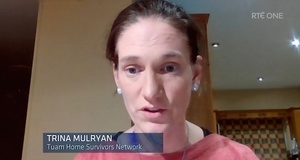 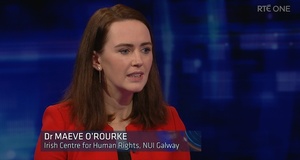 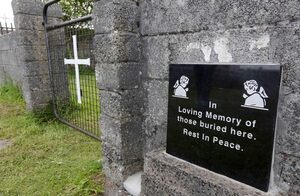 From top: Trína Mulryan and Dr Maeve O’Rourke on RTÉ’s Prime Time last night; at the Tuam mother and baby home in Galway

During an item on the final report of the Commission of Investigation into Mother and Baby Homes on RTÉ’s Prime Time, in which Minister for Children Roderic O’Gorman was present in the studio…

Trína Mulryan, daughter of Peter Mulryan, spoke about the Certain Institutional Burials (Authorised Interventions) Bill which the Tuam Home Survivors Network believes will prevent the holding of any inquest into the deaths of at least 9,000 children and mothers, in mother and baby homes.

“First of all, I’d just like to comment that Roderic O’Gorman mentioned there, that he had a number of weeks to read a printed-out version of the report. Survivors and family members affected by this got a number of hours and we haven’t got a printed-off version and we’ve barely been able to look at it.

“So it’s very difficult to actually comment on the report at all but what I will say is that what is very concerning about Tuam in particular, it does call out Tuam as being particularly different to the rest of the mother and baby homes for very negative reasons. And how the children and babies were actually buried there.

“And there is very, very strong evidence to support that there should be a Coroner assigned to work on an inquest to determine how those babies and children died in Tuam. The report just reiterates the fact that the mortality rate was much higher than it should have been and the fact that the conditions were dire.

“So, we’ve asked this question multiple times of Roderic O’Gorman, of Leo Varadkar and we have never received an answer – why there is not a full and proper investigation into how and why they died.

“There’ll be no satisfaction and no truth from any report unless we know that the proper process, the law of the land, is followed, and that those babies and children are given not just a dignified burial but actually the truth of how and why they possibly lie in the grounds of that former mother and baby home institution, why they lie there.

“We don’t even know, we can’t trust the documentation so we can’t say the full picture is painted in the report. What is in the report, the survivors and family members have lived through this, it’s not surprising.

“I will say as well there was a small amount of people who were actually involved in interviews for this report. There are many other people that are living abroad that weren’t interviewed for this. So there are many reasons to believe that the report is not painting a true picture.

“But for the family members of those babies and children, there is no closure until the proper law of the land is followed through an inquest which the legislation the Government is trying to bring in is trying to bypass that process and that’s not good enough. And we will not accept that.”

Later, human rights lawyer and Director of the LLM Human Rights Law Clinic at the Irish Centre for Human Rights in NUI Galway Dr Maeve O’Rourke was also asked about the report. Initially, she was asked if the State was stepping up by offering an apology and redress.

“I think all we need to hear is what we heard from the Mulryan family which is that they would like the law of the land to apply. And so it’s really interesting to hear the minister already, as a legal expert, starting to parse the commission’s report because he can see, and I can see, and we can all see that this commission was an interesting procedure and, primarily, is about opening up a story to the public.

“There’s a massive need for an immediate access to information. The way that this commission operated, I mean we see today in the levels of stress that it has caused to people for everything to be secret for five years until finally they’re allowed to comment. This is not how inquiries into human rights violations are supposed to happen under European or international law. It’s not how they happen in England.

“People who are affected by Tuam and every single institution and, more to the point, by the adoption system as a whole did not have access to any of the evidence coming in, they didn’t have access to their own testimony, they didn’t have access to their own records, they couldn’t suggest lines of inquiry. And so really the Government needs to step up now and it needs to go beyond the limitations of this commission which it had a great part in creating in that the Oireachtas of course set up the 2004 Commissions of Investigation Act – that says nothing gathered can be given to the guards or to the courts.

“But also, you know, it has stood by for five years, while people like the Mulryan family have been saying where is the inquest? The coroner has sufficient powers.”

“The Government tomorrow could put one section amendment to the Civil Registration Act, in any single bill going through the Oireachtas, to say ‘the registrar general shall give to every person the information they need to retrieve their publicly registered birth certificate‘.

“Dr Conor O’Mahony who is the Government’s own advisor on children, to the Department of Children, on human rights, said this morning, and I absolutely agree with him, that the way of balancing the right to identity, which is absolutely fundamental, in a democracy – who am I? – the way of balancing that with the right to privacy is to give access to information and then to enable people to voluntarily disclose their contact details to each other. Not to reveal them without people’s consent but who I am, is absolutely fundamental and it cannot be kept from people.”

Meanwhile, this morning, on RTE’s Morning Ireland, broadcaster Mary Wilson put it to Dr O’Rourke that the report has been sent to the Director of Public Prosecutions.

Ms Wilson asked what value “at this time and distance” could inquests serve.

“So the coroner has an obligation, under the 1962 Coroner’s Act to hold an inquest wherever there is an unexplained or suspicious death and the practice, as well, is that inquests are ordinary where people have died in the care of the State. And the point there is is that it is about the individual, it’s about establishing a relationship to that individual, who they are, how they died and that’s what the families are looking for and that is what they’ve been telling us since day one, since the beginning of this investigation. We need to know our own circumstances.”

Ms Wilson then asked if there is nay further information that could be gleaned from inquests that are not already known from the report or from research by survivor groups or people such as Dr O’Rourke.

“We have, in my opinion, an existing situation of enforced disappearance which is one of the most serious violations of international law, where someone is institutionalised with the involvement of the State, following which their fate and whereabouts is not disclosed by the State to their family and that needs to be remedied immediately by the Government now.” 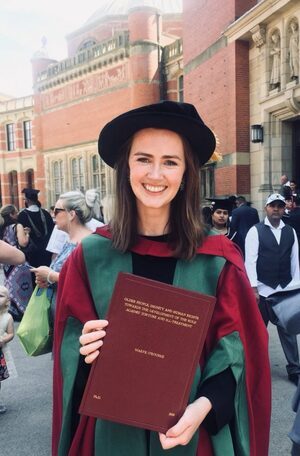 Dr Maeve O’Rourke, human rights lawyer and senior research and policy officer at the Irish Council for Civil Liberties, posted a series of tweets about how Ireland is continuing to cover up for its collusion with the Catholic Church.

She tweeted: “The abuse is not ‘historic’, it is ongoing and we are all implicated.”

These were her tweets…

Thread by @maeveorourke: “Thread: In 2014, the UN Committee on the Rights of the Child examined the Holy See’s human rights record. Regarding it noted patter […]” #Ireland #papalvisit #Vatican #Stand4Truth