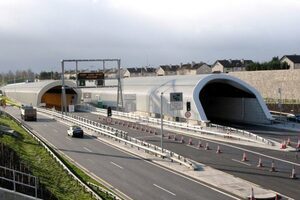 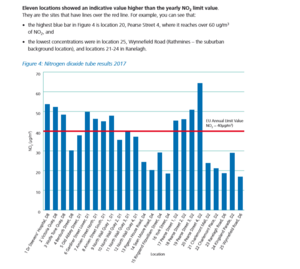 Dublin Port Tunnel; from a report by the Environmental Protection Agency on the Urban Environmental Indicators – Nitrogen Dioxide levels in Dublin released yesterday

The EPA can be read in full here 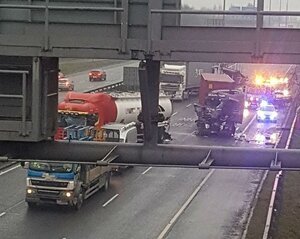 Dublin Traffic – Gardaí are continuing to work to clear a collision & fuel spill on approach to the south bound entrance of the Port Tunnel. City bound traffic is being diverted up the slip road to the R104. M1 city bound traffic should continue to divert onto the M50 southbound pic.twitter.com/OwjjL3lT5U

The M1 citybound has been hit by long delays after a collision involving some lorries at the entrance to the Dublin Port Tunnel.

The incident occurred at 7.40am and one man has been taken to hospital.

Four fire engines and two ambulances were called to the scene.

All three southbound lanes remain closed and drivers are being asked to divert to the R139 and Malahide Rd or M50 and Ballymun Rd. 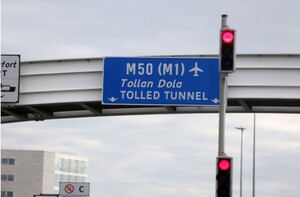 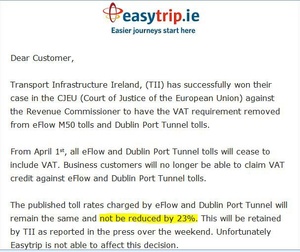 Is that a 23% increase for etoll & port tunnel? Like they aren’t making enough…