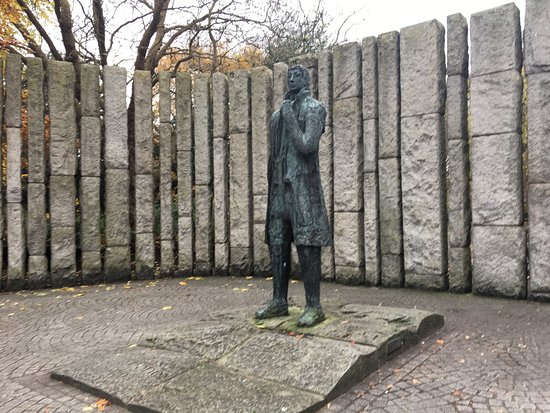 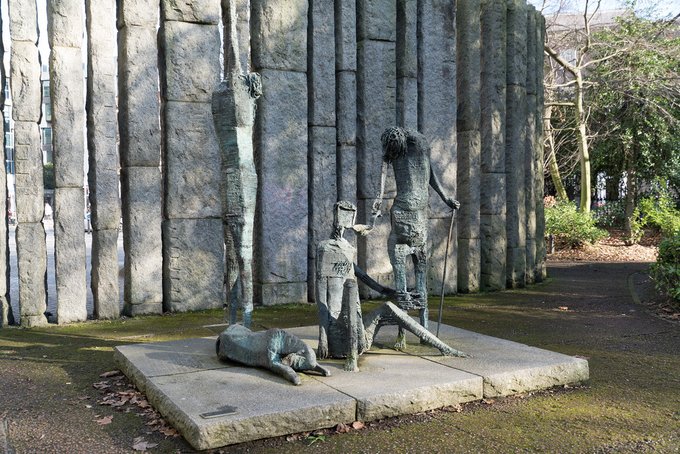 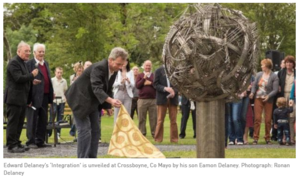 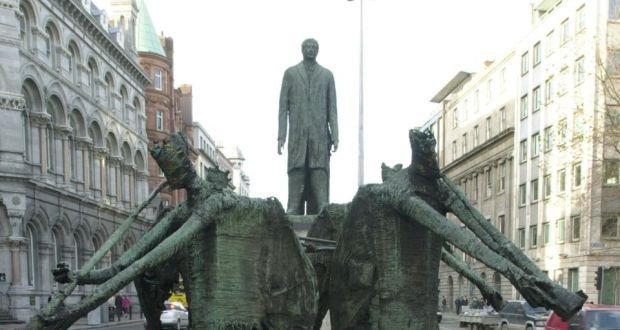 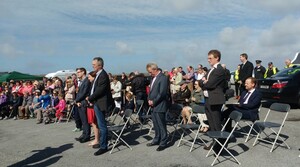 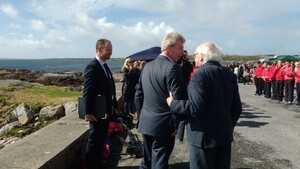 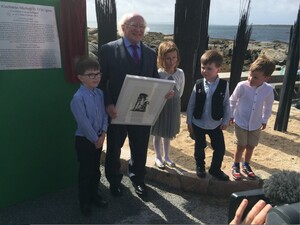 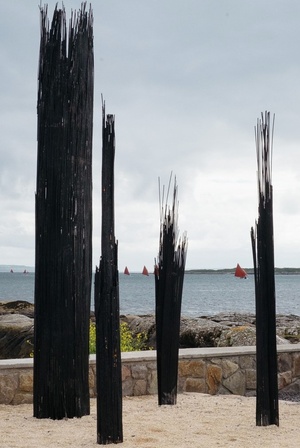 The unveiling of a public sculpture by Edward Delaney near Carraroe in Galway by President Higgins.

The group sculpture, made of stainless steel and black resin, is entitled The Shadows of the Boats (Scáileanna na mBád ) and was “inspired by the currachs, black sailed Hookers and other vessels which travel the Connemara coastline”.

Mr Delaney, who died in 2009,  is most famous for his bronze public statues in Dublin , including  the Wolfe Tone and Famine memorial in St Stephen’s Green and the Thomas Davis fountain in Dublin’s College Green,

He lived in Carraroe where he had a studio, foundry and, even a sculpture park entitled ‘Beyond the Pale’.

Shadows of the Boats has been erected by the local community, through the Carraroe Co-Op (Comharchumann Mhic Dara) and donated by the Delaney family, including Hibernia Forum founder and ‘sheet contributor Eamon Delaney,