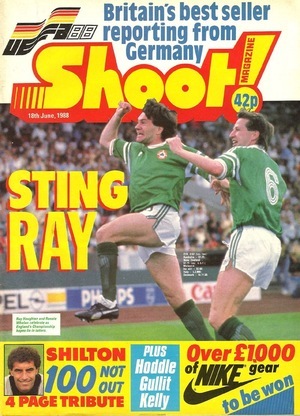 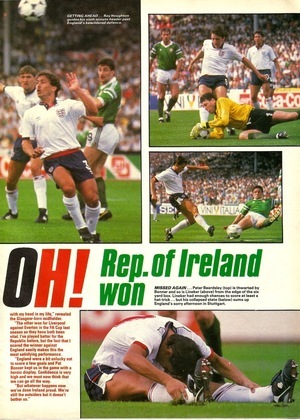 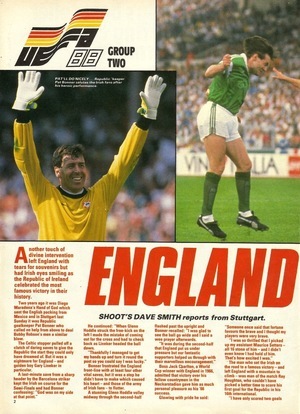 It was for this.

Shoot! magazine’s match report from the Republic of Ireland’s comprehensive one goal victory over England at the 1988 European Championship. 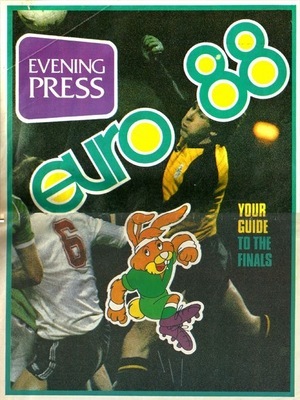 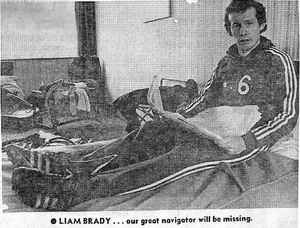 The unfortunately absent and badly injured Liam Brady with his feet up in Germany. 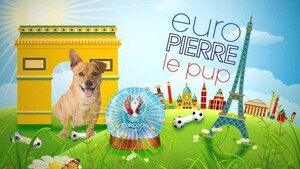 Pierre Le Pup can predict Euro 2016 matches like no other – watch as he calls the winner of tonight's opening game.https://t.co/lKfl780Gf5 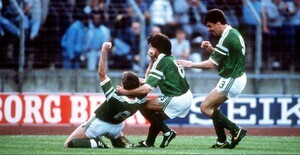 For the month that’s in it.

If there had been a little more justice in the world and a little less discreet burning of votive candles in the Kremlin, Ireland would have bagged three goals and we would be booking our hotels in Munich.

This Irish side showed itself to be one of great class, sophistication and courage. The days of eye-rubbing disbelief, suggestion that we had all been smoking illicit vegetables and were having the most preposterous hallucination should now be dispelled forever. 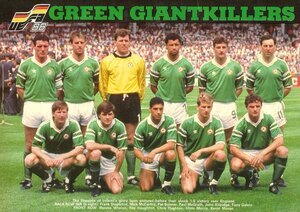