Honestly never thought we’d see a final where the Italians are the least shitehousey side. pic.twitter.com/OWdSfApgfU

No one likes them.

Seen in a doctor’s office in England – the women were giggling, the men were confused! Nice job on the decor!

Standing outside a pub on Dublin’s Parliament Street watching tourists as the final whistle is blown in the ENG v CRO worldcup match. Massive cheer goes up from the visitors as England goes home. And not an Irish accent to be heard… 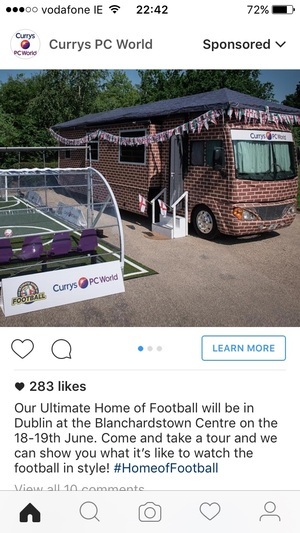 This ad turned up on my Instagram feed.  Strongly advise that they change the flags before they go to Blanchardstown.

When the quarterback style toss into the line-out was the done thing.

Ireland’s total of 26 points was the highest yet recoded against England at any venue by an Irish side.

John Pullin was warm in his tribute to Ireland after the game: “the Irish pack is definitely in the veteran class and tired a little towards the end, but they are still a formidable proposition for any opposition.”

Flying from London to Cork, a couple in front of me were talking quietly about the horrific thing they had just gone through. #repealthe8th

They clung together like moths at a flame, holding hands constantly. She was teary and tired, he just looked grey. #repealthe8th

He was carrying one small bag and had their tickets and passports. She was having trouble just walking. #repealthe8th

When they were climbing up the steps of the plane, I took their bag because she had to be helped up each step. #repealthe8th

She was honestly heartbroken- whether at the necessity, the general loss, or the fact that her country abandoned her? #repealthe8th

It’s so despicable that this woman, who for any number of reasons needed help, didn’t fucking get it in Ireland. #repealthe8th

And the only reason she was abandoned is that she was born a woman. #repealthe8th

When we talk about #repealthe8th we often talk about women- but not the men. This woman’s partner was a pillar of strength but he was sore.

Whether this was about rape, or foetal abnormality, or an unwillingness to have unwanted kids, these two were abandoned. #repealthe8th

It’s ironic: we care so much bringing people into the world, but holy hell we make them suffer for that, don’t we? #repealthe8th

Our capacity to cause pain to others is truly limitless. #repealthe8th. And that’s all I learned. 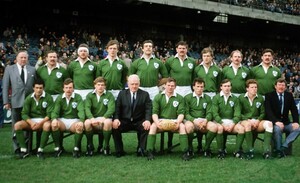 When many young people were forced to roll up their sleeves. And go sockless. Such was the pernickety fashion of the time.

And Ireland’s second ‘Tripler’ of the ’80s was within kicking distance.

The earlier fixture, postponed by a flurry of snow, led to this Ireland team famously decamping to O’Donoghue’s of Merrion Row, Dublin for a St George-busting strategical think tank .

“The lads were plucky, they wanted to win and it showed in the last 15 minutes, particularly in the way they tried to avoid doing the the expected things…”

Rugby sage Edmund Van Esbeck was beside himself.

The strife is done now and the battle won: the tumult and the shouting have died away, the carnival is over but the memories will linger on.
Illustrious players and memorable matches have graced Lansdowne Road turf for well over a century now, but the happenings at this aristocratic among rugby grounds last Saturday will be indelibly etched into the history of the game and the minds of all 50,000 people who saw Ireland beat England by 13 points to 10. The prize for that victory is the Triple Crown and International Championship…

He’s no McGurk in fairness.

Comin’ For To Carry Me Home