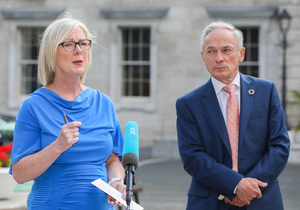 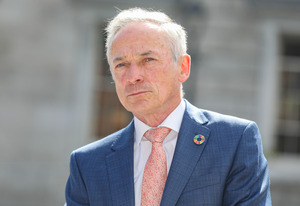 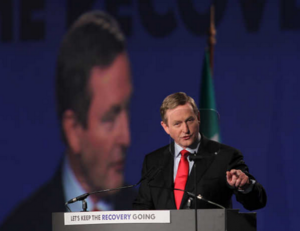 “Easter 1916 was a cold and passionate dawn, for a new Ireland. In 100 years we have built on the new day the Rising leaders gave us. We founded a new state, we declared a Republic, we joined the European Union. At long last, we put our children first and respected the Magdelene women. We made marriage equal. It is that sense of generosity, compassion, strength, and imagination that will be the making of us as a people, a nation.”

Enda Kenny speaking at the Fine Gael Ard Fheis at the weekend.

In response, Claire McGettrick, co-founder of the Justice For Magdalene Research project tweeted: 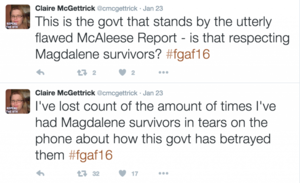 In addition, readers may wish to recall a post from 2014, based on a BBC report about then 83-year-old Mary Merritt who spent 14 years in the High Park magdalene laundry in Drumcondra, Dublin.

It was reported that Ms Merritt told former Senator Martin McAleese – author of the McAleese Report into the magdalene laundries – about how, one day, she broke a window and ran away from the laundry. She went to a priest and begged for help. The priest raped her before giving her sixpence. The gardaí then brought her back to the laundry. Ms Merritt became pregnant as a result of the rape. Her daughter, Carmel, was taken by the nuns and put up for adoption. Ms Merritt didn’t see her daughter again for another 40 years.

Ms Merritt’s testimony of her rape was not included in the McAleese Report.

September 2015: Justice for Magdalenes Research Submissions to UN Human Rights Committee and Committee on the Elimnation of Discrimination Against Women (JFM)

‘Apologise To Me Before I Die’ 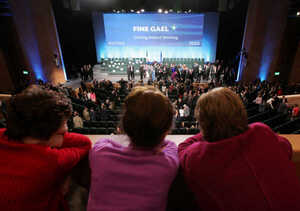 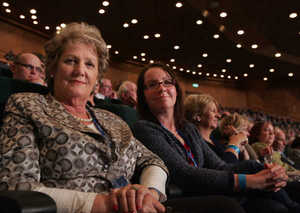 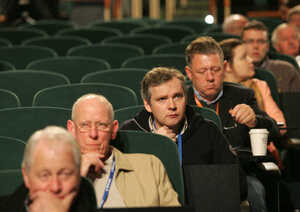 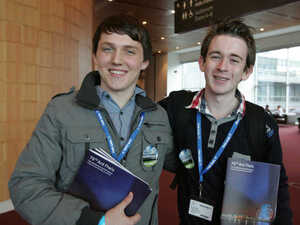 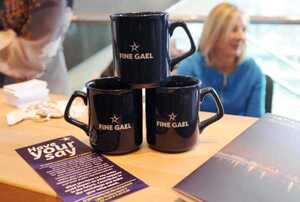 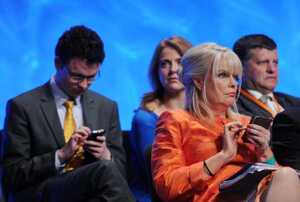 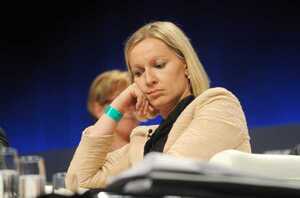 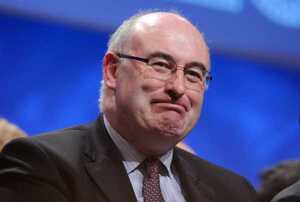 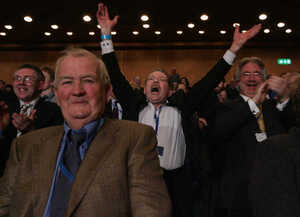 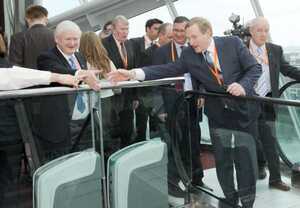 Scenes from the Fine Gael Ard Fheis this weekend at the National Convention Centre.

All photos by Laura Hutton/Photocall Ireland. 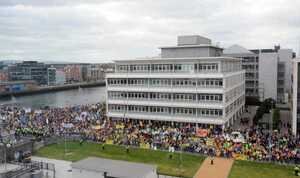 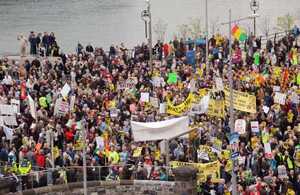 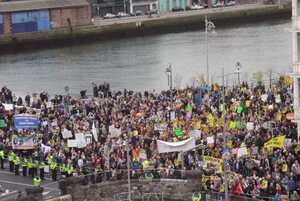 From the media room at the Fine Gael Ard Fheis in the National Convention Centre, Dublin. 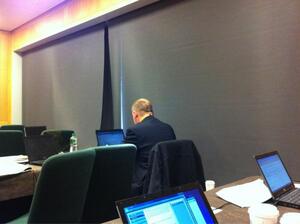 Lesson for Fine Gael: don’t put media room on side where protest is to be put if you don’t want photos taken from the media rm *rolls eyes*

It’s Gardai who have ordered the blinds closed and not FG I am told.#fgaf12