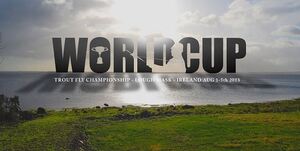 There can only be one winner.

It is almost upon us.

First fished back in 1953, the then Castlebar Trout Anglers Association and An Tostal [early Gathering] competition was considered one of the first international sporting events in Ireland.

And it has survived (casts net for cliche) in spite of economic hardship.

From a peak of 820 competitors we are down to numbers in the region of 450. The disposable income isn’t in people’s pockets anymore but this event which has survived a closure due to foot and mouth and the ‘rod war of ‘89’.
It is estimated the four day event is worth in the region of €1million to Ballinrobe and its surrounds. Pubs, hotels and restaurants will all contribute in some way to the event”.