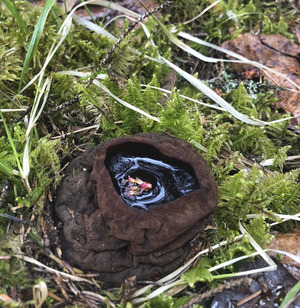 Pray you never fall in one. Spotted this blob on the grass outside my Ma’s…. Space spores blown in by [Storm] Desmond? Fabled toadstools of yore? Hidden Pitta bread stash? Try to imagine it as a wordless documentary about changing seasons on an alien planet.

Come on. You can do this.