Gabriel Byrne is 70 today!
He was 30 when photographed here with May Pang and Pandora Moore in 1980 when they recorded a pop single as Ménage à Trois. pic.twitter.com/yF2w6xEuyl

The hunt for the proper video has to start now. 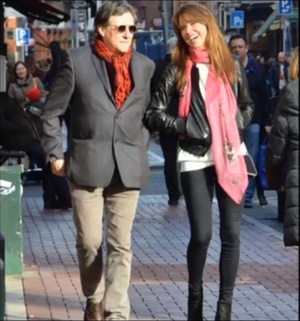 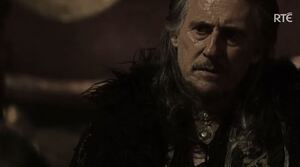 [Vikings] begins in 8th century Scandinavia where Ragnar Lothbrok is a warrior and a farmer who dreams of finding riches by bucking the tradition of raiding to the east. Ragnar has been working in secret on a project that will turn the Viking world on its head. But first Ragnar must convince the leader of his community, the powerful Earl Haraldson (Gabriel Byrne) who is none too happy to share in the renown that this journey could bring to Ragnar if it’s successful.

Vikings, which was filmed in Wicklow, begins on Sunday at 9.30pm on RTÉ Two. Gabriel Byrne in an interview with the Sunday Telegraph.

Ill-judged reaction from usual suspects in 3, 2,1… 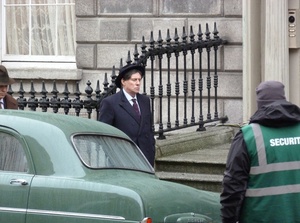 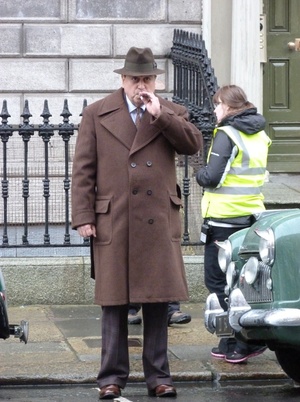 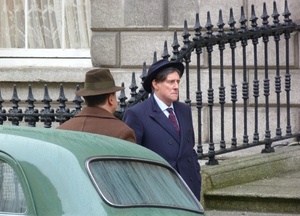 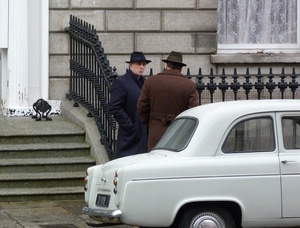 Gabriel Byrne and Stanley Townsend on the set of Quirke in central Dublin, minutes ago. 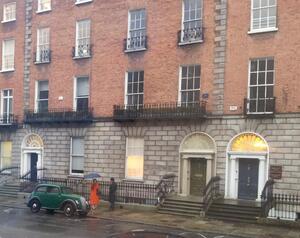 It was  minutes ago.

Taken by Philip Brady who writes:

Gabriel Byrne filming new series ‘Quirke’ [about a pathologist in 1950s Dublin] outside my office on Mount Street [Dublin].

Earlier: Sure Where Would You Get It 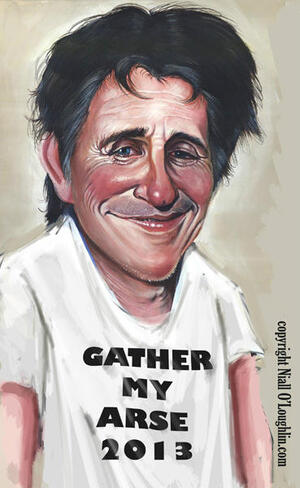 An ideal Christmas gift for, you know, ‘women of a certain age’. 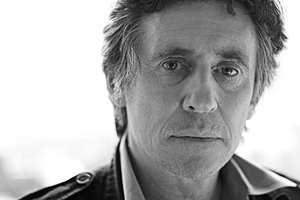 And admit that the waters around you have grown.

Gabriel Byrne (top) was on Today FM’s The Last Word with Matt Cooper broadcast from New York earlier this evening.

The actor, who is based in New York, spoke about The Gathering 2013.

“What I tried to do, as cultural ambassador, was to try to build a bridge between Ireland and America. And you ask, you know, you talk about The Gathering, well I, I’ve spoken to people about The Gathering and I’m afraid I don’t share the same optimism that people have about it. This is just my opinion. I have to say that I wish everybody connected with The Gathering the very, I really, really hope it works. But here it is from an Irish-American perspective.

‘I was talking the other day to a group of people. One of them was an illegal immigrant. His father died, he couldn’t get home. He feels abandoned by the Irish Government. He feels an alien. He can’t go back. Then I talked to two kids – a girl and a boy, who were forced to emigrate because there’s no jobs and they blame the incompetence and the, one of them said, the gangsterism of government for the fact that they were forced to emigrate.

“Well, one guy I know who’s a plumber in Philadelphia said to me ‘Do they not understand that there’s a huge recession here. I’m a plumber and I can’t afford to get on a plane and bring my family back to see a game of hurling in Belmullet or wherever it is’. He said ‘It is a huge ask to say to people ‘put your money aside, buy five plane tickets, come back, get involved in our local egg and spoon race and help our economy’.

“One guy said to me ‘I’m sick to death of being seen as a tourist’. And one of the problems that I found when I was Cultural Ambassador here was the diaspora have a very powerful, spiritual connection to the island of Ireland. I remember when I was growing up in Dublin, those buses would pull up, and those people in Burberry coats would be laughed at because we’d be saying ‘ah here come the yanks, looking for their roots’.

“Well as far as I’m concerned one of the most sacred things you can do is look for your roots. If your grandfather left, great-grandfather left during the famine, that is a very sacred journey that you make back there. But we laughed at them.”
‘Now, the diaspora have that powerful connection to Ireland. Sometimes it’s a bit, you know, hokery-pokery, but there’s not the equivalent from there to here. Most people don’t give a shit about the diaspora over there except to shake them down for a few quid.

And when (Enda) Kenny was talking about in that, I found, slightly offensive speech, where he said (puts on fake Irish accent) ‘Yeah, we’ll all get together now and we’ll all have a great time and sure we’ll get them back here and yiz are all great and keep the flag flying and, you know, the economy and we’re all great now and that’s fantastic and I’m off now, off to something else’.

“Well that was not received well here because people are sick to death of being asked to help out in what they regard as a scam. One guy said to me ‘this is a scam’. And, he said ‘I don’t need an invitation to go back to visit my own country. How dare they say to me ‘oh, come back and visit’.

‘So, anyway, I wish The Gathering the very, very best of luck but they have to understand that the bridge between the diaspora and the people of Ireland is broken. And I tried to fix that for two years and it’s still broken. And unless you understand what it is that the diaspora feel about Ireland and the fact that, once your people have emigrated, you don’t really care where they’re gone to, unless they’re your kids, then emigration takes on a very, very different emotional sense for you.’

A short documentary by the late Aine O’Connor on the making of ‘Into The West’ (1992), the Jim Sheridan-scripted traveller movie, starring Gabriel Byrne and Ellen Barkin. Includes David Kelly, Colm Meany and the movie’s producer, a very young Harvey Weinstein.

Doubtless some class of viral promo for Audi, though it hasn’t yet been announced as such.