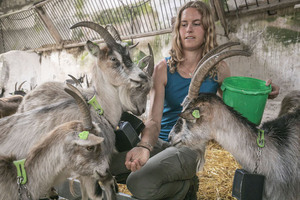 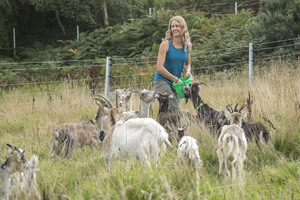 We are delighted to announce a ground-breaking conservation grazing project, with Old Irish Goats, at Howth, in the Dublin Bay UNESCO Biosphere Reserve. The scheme, which will last for 3 years, is a partnership project between Fingal County Council and the Old Irish Goat Society with support from the Howth SAAO.

A group of 25 Old Irish Goats, originating from the national herd in Mulranny, Co Mayo, have today arrived in their new home on Howth Head as the first phase of the project gets underway.

The project will utilise traditional methods of management, a goat herder and sheepdogs. It will also trial, for the first time in Ireland, the Norwegian “No-fence” system which employs GPS tracking to define fenceless grazing areas… 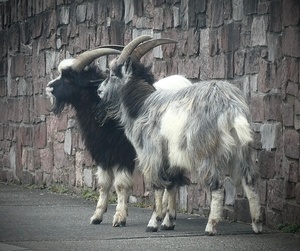 The battle for King Puck…. 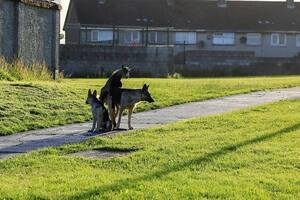 Via The Rubber Bandits:

“This photo is from Limerick yesterday. The maddest place in Ireland, and it fills our hearts with pride. Yes, that’s a goat using an Alsatians back as leverage to ride another Alsatian.” 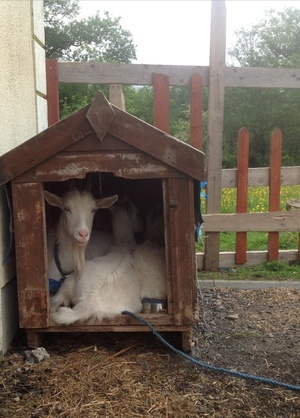 Some days the Dog House is Just too full…

If there’s something strange in your neighbourhood, who you gonna call…? pic.twitter.com/FcuokaWbbU

Himalayan goats: the Jackie Chans of the Bovidaean community. 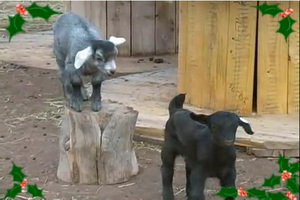 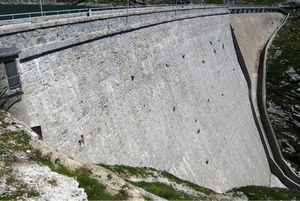 Wild mountain ibex scaling the dam at Lago Baitone at Brescia in Italy.