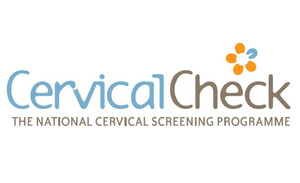 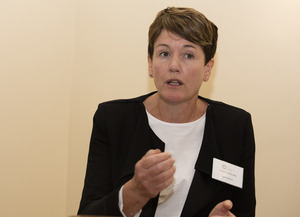 Representatives from CervicalCheck and the HSE are scheduled to appear before the Oireachtas health committee.

It’s being reported that former clinical director of CervicalCheck Gráinne Flannelly will not appear but she has written to the committee ahead of today’s meeting – saying she advised against the State offering free repeat smear tests following the Vicky Phelan case as she believed there were insufficient laboratory resources.

Today’s meeting follows reports yesterday that, since the start of the year, some women are waiting 33 weeks for CervicalCheck smear test results.

The normal waiting time was four to six weeks.

“The backlog currently stands at just under 79,500, and average processing times are also at their longest since the problem began. Under normal conditions, about 23,000 slides would be in processing at any one time.”

The health committee proceedings can be watched live here 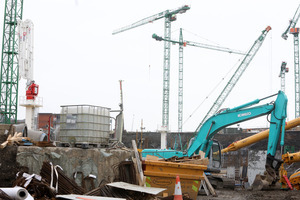 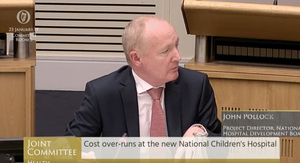 The committee heard that, last August, the National Paediatric Hospital Development Board warned the Department of Health and Minister for Health Simon Harris that the cost of the National Children’s Hospital could top a billion euro.

Last month The Irish Times reported the total cost for developing the facility at St James’s Hospital was expected to be more than €1.73 billion.

Fianna Fáil TD Stephen Donnelly pointed out that Irish taxpayers will pay over twice as much per bed at the NCH as the two most expensive hospitals ever built in the world.

Mr Donnelly repeatedly asked Ms Conroy if she believed this represents a “catastrophic failure of management”.

On @RTENewsAtOne, Claire Byrne says the €200m raised by the Govt through the sale of the National Lottery in 2011, and earmarked for the construction of the new children's hospital, will now only "pay for a couple of windows at this stage". Niall Breslin, aka Bressie, before the Joint Committee on Health and Children in the Dáil this morning

“Over the past few months I’ve received a massive amount of communication from families of loved ones attempting to access our mental health services and I would not be doing them justice if I said it made for pretty reading. This, I understand, is highly complicated and sensitive but it’s a conversation that we have to have.

Only this month did I receive a deeply upsetting news that a young man, Caoilte, who is a family member of a friend of mine, was found dead in the River Liffey.

He took his own life after enduring years of unexplainable pain. Many times the family tried to access help but they were refused because the young man was consuming alcohol and told he could not be helped because of his drinking – which was intrinsically linked to his mental health illness.

In a country that celebrates and promotes alcohol through it’s culture, it’s simply not acceptable that someone is turned away from help on account of it.

The family were even advised to take a barring order out which no doubt would have been broken, resulting in criminalising this young man for being mentally unwell – hardly something any mother would want to do to their own vulnerable child.

His situation was complicated and seemed highly subjective to this family involved.

But upon posting this story on my website, it was immediately evident that this story was not uncommon throughout Ireland – mothers, fathers, sisters, brothers, all explaining similar painful and heart wrenching stories.

The details of this story are slowly going to emerge over the coming months but this family don’t want to play the blame game or point fingers. They simply want a change. They do not want to see other families have to endure what they’ve had to and will no doubt have to endure for the rest of their lives.

No mother should ever feel this helpless and it deserves so much more. Caoilte, an intelligent, witty young man, deserved so much more. He was anyone’s brother.

We need to ask hard questions here, those stories are just too common. So many people wanted to help this young man but their hands were tied by bureaucracy, vague legalities
and a lack of resources – and they should never have been put in that position in the first place.

This is not a quick fix, that in order to progress you must first accept that change is needed. Irish people, in some cases, have shown to be revolutionary when it comes to social innovation and I hope we continue to be in the future. We have proven that negative cultural attitudes can be transformed and, although we are sometimes cautious of change, we never let it dictate our collective actions.

We’re built upon unique character and personality and we punch well above our weight internationally. We can become world leaders when it comes to our mental health strategies going forward. Let’s work on this together.

This is only the start of a conversation and it is important that the next health committee prioritise mental health for young people as a key issue for its future work programme. I appeal to you all, to use your full influence, passion and desire to work together with us, to tackle and overcome the issues we are facing and help build a more resilient society and a new Ireland.

Bressie’s opening address before the Oireachtas health committee this morning. Singer, broadcaster, writer and depression sufferer Bressie  (top) will address the committee on health and children tomorrow at 11am.