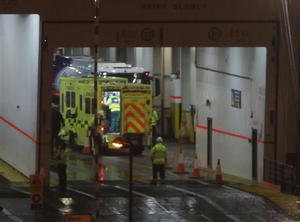 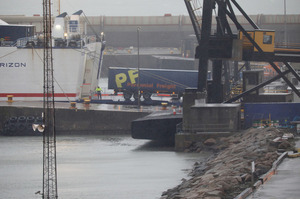 A year-long investigation into the Irish prawn and whitefish sector has uncovered undocumented Ghanaian, Filipino, Egyptian and Indian fishermen manning boats in ports from Cork to Galway.

They have described a catalogue of abuses, including being confined to vessels unless given permission by their skippers to go on land, and being paid less than half th Irish minimum wage that would apply if they were legally employed. They have also spoken of extreme sleep deprivation, having to work for days or nights on end with only a few hours’ sleep, and with no proper rest days.

Some migrant workers claim to have been deceived and appear to have been trafficked on to trawlers for labour exploitation, an abuse that would be a form of modern slavery.

Our evidence suggests that some boat owners and crewing agencies are smuggling African and Filipino workers in to Ireland through entry points at London Heathrow and Belfast airports, and then arranging for them to cross from Northern Ireland in to the Republic by road, bypassing Irish immigration controls.

Agents and owners appear to be exploiting a loophole designed for international merchant shipping, which allows non-EU seafarers to transit through the UK for up to 48 hours if they immediately move on to join vessels working in international waters.

These transit arrangements are not intended for fishermen working in national waters or constantly coming in and out of Irish ports. We understand the loophole was first exploited by agents to recruit migrant workers for the Scottish fishing fleet and the practice appears to have spread from there to the Irish fishing industry.

Because Irish trawler crew have traditionally worked as share fishermen – a system whereby workers are paid a share of the money made from the catch, divided in proportions agreed by the owner – they have generally been considered self-employed and responsible for their own tax and insurance.

….There has been considerable confusion about the employment status of migrant fishermen and some of the boat owners we spoke to said that Irish police and officials had given them inconsistent signals about employment regulations and the immigration status of non-EEA crew.

Simply declaring someone self-employed or a share fisherman does not, however, change their employment status, nor relieve their employers of their legal obligations if workers are de facto employed. How a worker is classified in law depends on what degree of autonomy he has. Several undocumented migrants who had been told by owners they were share fishermen said that, in fact, they had no control over their work and were being paid much less than the minimum wage that would apply if they were legally employed .