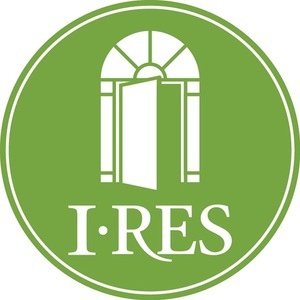 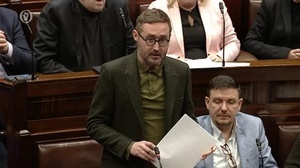 From top: the price of shares in Ires REIT have fallen following an emergency rent freeze proposal by Sinn Fein’s Housing Spokesman Eoin Ó Broin in the Dáil yesterday

Further to a Sinn Féin proposal that would freeze rents on existing and new tenancies for three years.

Shares in the State’s largest landlord, Ires Reit, slipped more than 5.5 per cent on Wednesday morning after Sinn Féin introduced a Bill providing for a three-year rent freeze across the private rental market.

Ires, which had 2,771 residential properties as of the end of June, with more in development, could suffer the most of the listed property entities given its exposure to the rental market.

As much as €53 million was cut from the company’s market value as its shares dipped to €1.72. 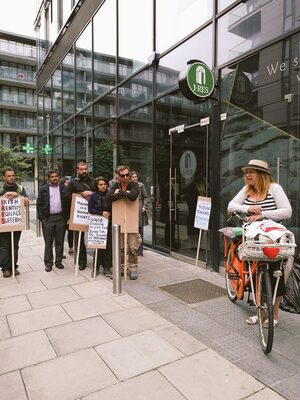 Members and supporters of the group Dublin Tenants’ Association holding a picket outside the headquarters of Ires REIT on Grand Canal Dock, Dublin in July 2017

Institutional investors own almost 12,000 rental apartments and houses following a surge in activity in the build-to-rent sector in the first half of the year.

There are 15 institutional buyers active in the sector, which is focused almost exclusively on Dublin.

CBRE said more than €898m was spent on build-to-rent investments in the first half of the year, accounting for almost 43% of the €2.1bn of investment deals in the period.

The agent said the €898m figure was “likely to be exceeded” in the second half of the year as several large build-to-rent deals are expected to be completed in the forthcoming months.

The biggest operators in the rental sector are quoted group Ires Reit and California-based Kennedy Wilson.

August homeless report should have been published last week. @HousingPress will you release it today? #RaiseTheRoof 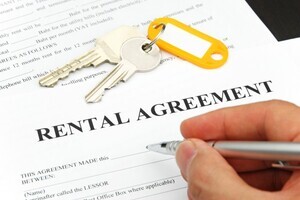 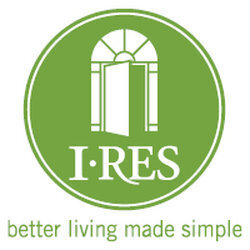 The move by Irish Residential Properties Reit (Ires Reit), which owns 2,400 apartments in greater Dublin, adds to the rapidly growing financial pressure on people looking to rent in the private sector.

Ires Reit charged an average of around €1,500 a month in rent on its property portfolio, according to figures published last year.

For tenants, that means finding over €3,000 to pay up-front as a deposit along with about €1,500 in rent for the first month before moving into their home.

…“Most traditional landlords still look for one month’s rent as a deposit, but institutional landlords have introduced two months’ rent or more as a new standard and that is spreading,” said IPOA chairman Stephen Faughnan.

“It is creeping up gradually,” he said. “It went from a month to six weeks to two months, and now, in some cases, three months. Certainly, it is something we have seen in the last few years and particularly in the last 12 months.”

Preivously: REIT It And Weep 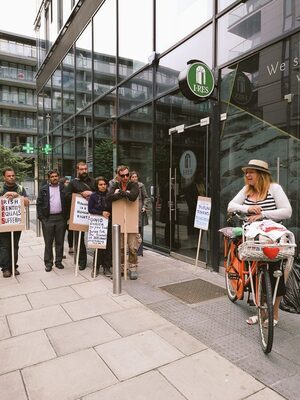 Members and supporters of the group Dublin Tenants hold a picket outside the headquarters of Ires REIT, Ireland’s biggest landlord, on Grand Canal Dock, Dublin.

It follows Ires launching The Maple – an apartment complex in Sandyford.

In May, Fiona Reddan in The Irish Times, reported that two-bed apartments in the complex were set to be rented out for €2,750, thus setting a new rental price record in the area.

The protest has been called in response to escalating rents, IRES’ treatment of tenants and the wider issue of government supported vulture fund activity in Dublin’s crisis hit housing market. IRES was established in 2014 but has already amassed 2378 properties, making it Ireland’s largest landlord, and plans to double its portfolio over the coming years. 67% of its assets were acquired from NAMA. As a Real Estate Investment Trust it enjoys specific tax breaks, REITs are not subject to tax on rental income or on capital gains arising from the disposal of assets.

Previously: REIT It And Weep