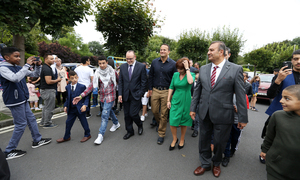 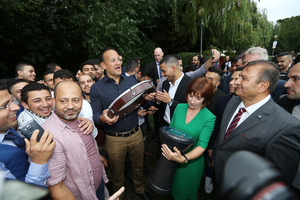 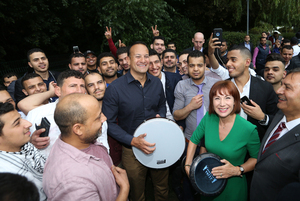 Taoiseach Leo Varadkar with Minister for Culture, Heritage and the Gaeltacht Josepha Madigan visit the Islamic Cultural Centre of Ireland at where they will be meeting with the Management of the Centre as well as with members of the Muslim community in Dublin. 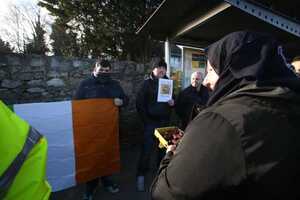 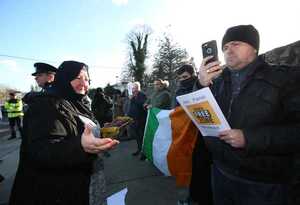 a muslim women offers fruit (dates) to Anti Islam Ireland supporters as they protest across from The Islamic Cultural Centre of Ireland, Clonskeagh, Dublin.

They declined the dates. 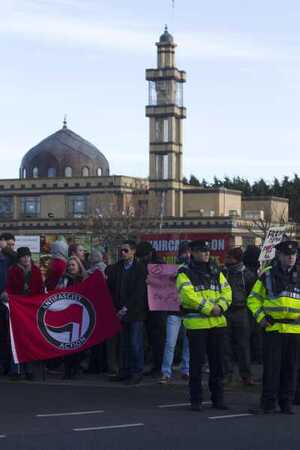 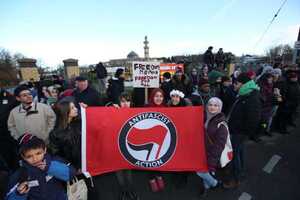 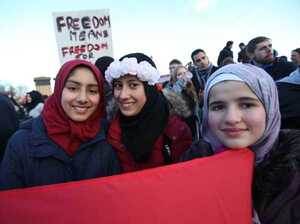 A counter demonstration by members of Anti-Fascist Action and supporters from the islamic Cultural centre including above from left: Abrar Mohamed, and Lujain Bouh, and Alaa Omer.