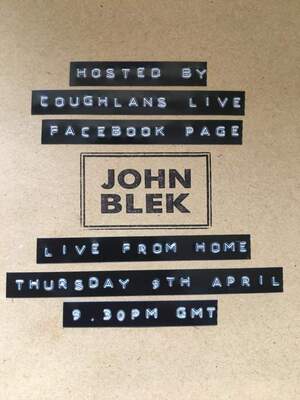 With a captive audience to please, Cork troubadour John Blek will be playing songs from his new album The Embers as well as older tunes from the comfort of his living room to the world wide web of music fans.

“Ok folks, I will go live tonight at 9.25pm GMT and the gig will start at 9.30pm over on the Coughlan’s Live Facebook page. Go and give their page a like! Then when the link goes up you have 5 mins to share it with anyone interested. Spread the word!

I will be passing the virtual hat using PayPal if anyone feels like offering ticket price or whatever you can afford. No pressure!

This is the first time I’ve been nervous about a gig in a very long time! “ 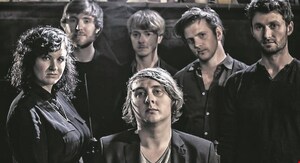 [Portland, Oregon] First solo work from Cork-based John Blek well worth a listen. Also check out his contemporary country and Irish melancholy work with The Rats (my bro’s the drummer).

From the album Cutting Room Floor. Video by Barra Vernon.