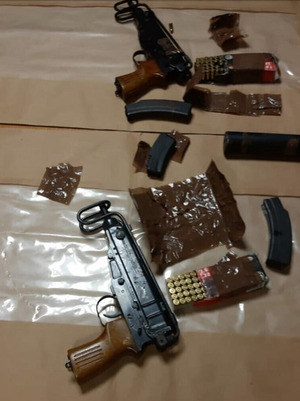 Two machine pistols and a cache of ‘slugs’ seized by officers of the Garda National Drugs and Organised Crime Bureau during a search in a house in Dublin as part of investigations related to organised and serious crime. 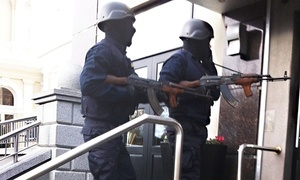 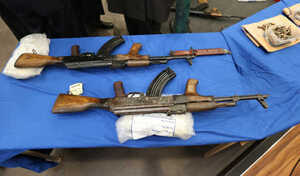 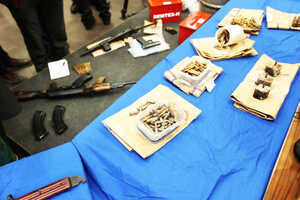 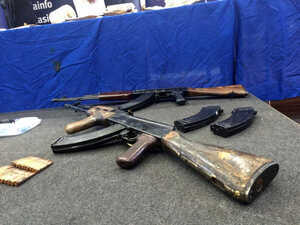 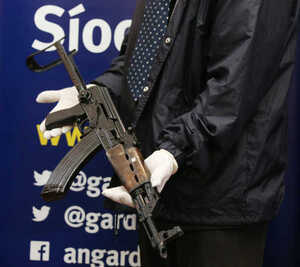 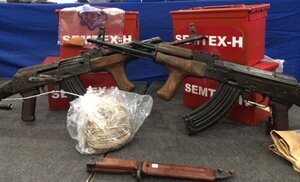 Perhaps your excellent firearms contributor (Mark Dennehy) can help me? I was struck by the age and state of the machine guns used by the gunmen [dressed in Garda uniforms] during the Regency Hotel shooting. Why would wealthy gangsters use ancient, clapped out machine guns?

Then [Crime journalist] Paul Williams said Garda were investigating whether the weapons were “brought in from Libya for the Provisional IRA because it looks like one of the 1970s versions of the AK47. “

And then I recalled your post last month on the dissident Republican weapons put on display at Garda HQ featuring weapons as part of Garda “efforts to disrupt the activities of dissident republicans”.

As I say, I’m no expert but they look very similar and I am wondering if the gangsters stole the guns from Phoenix Park along with the uniforms?

Re: comments (below). I didn’t pose any theories it was a serious question. I am also genuinely interested in what the firearms guy has to say. Why not see if the guards are missing any weapons?

Previously: I Want My MP7

They Seemed Very Calm And Collected