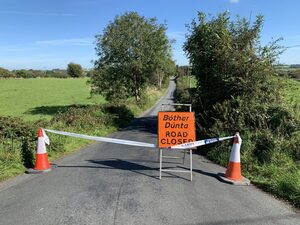 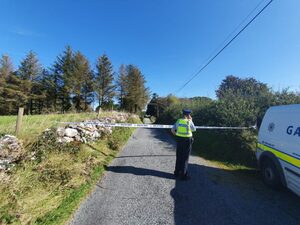 The scene near Aghamore where a man was shot dead last night.

A man in his 80s fired warning shots after he thought he heard an intruder.

A man from a neighboring parish who was in the area was killed. 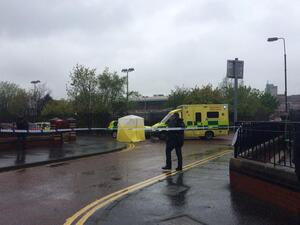 “A man [a ‘senior Republican who was sought by the PSNI for the murder of Robert McCartney‘, according to sources of RTÉ Northern Ireland correspondent Tommy O’Gorman] has been shot dead in an attack in south Belfast. Police have sealed off a number of streets and what appears to be a body is lying covered by a sheet on a street.”

“The Police Service of Northern Ireland said officers were responding to an incident in the Markets area of the city.”