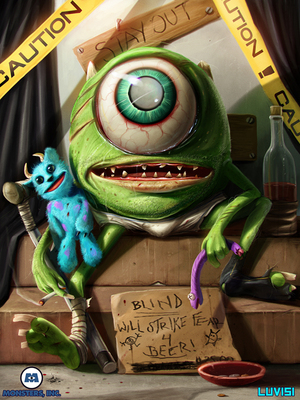 The latest of artist Dan LuVisi’s ‘Popped Culture’ noir portraits of popculture figures: a vagrant Mike Wazowski from Monsters Inc.: blind and booze-addicted after a terrible twist of fortune:

Mike was tired of it. Tired of lowering himself to telling jokes, only to hurt himself in the process over, and over again. Mike decided to have a talk with Sully about it, but was continuously avoided. Angered, Mike followed Sully one day, only to realize he was headed for the home of Mike’s girlfriend, Celia. Mike rushed home, shocked to find the two talking. His anger got the best of him and he attacked Sully. Out of defense, Sully struck Mike, catching his one-eye. Out of confusion and anger, Mike launched his nimble body into Sully, piercing him with his horns, killing him. [more]

Below, previous childhood ruinations: Donald The Duck, Yoshi – Maxed Out, Bert and Ernie – My Brother’s Keeper, Eve and The Cook. 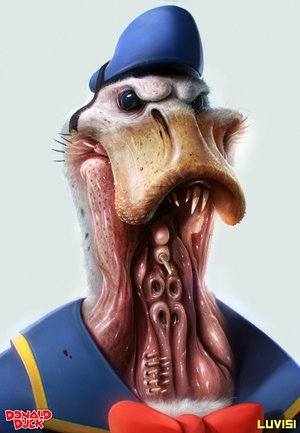 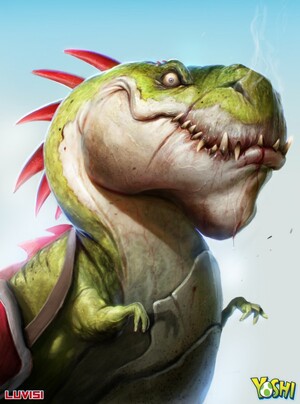 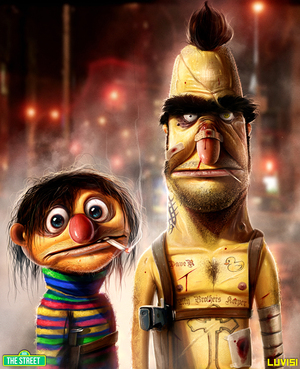 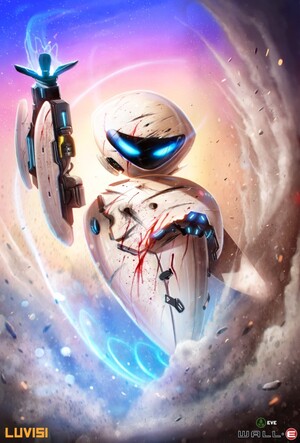 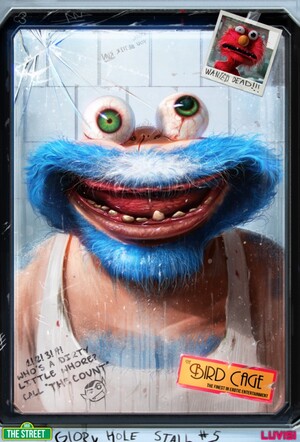 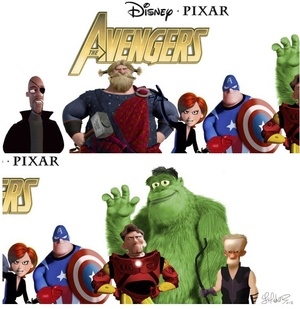 Holy doppelgängers, that does work well.