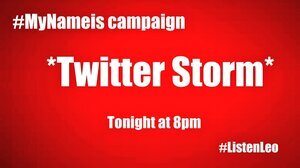 Let, @campaignforleo know your feelings on..

The #MyNameIs campaign is calling on supporters to join their Twitter Storm to highlight the issues around homelessness and the chronic lack of housing.

The most recent Department of Housing figures showed there were 5,869 adults, 1,753 families and 3,829 children – a total of 9,698 individuals – staying in State-funded emergency accommodation in the final week of September last. 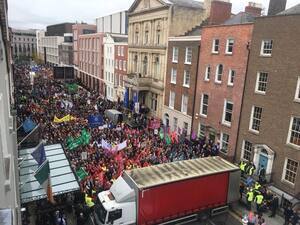 The Raise the Roof rally in Dublin on October 3

At the Garden of Remembrance, Dublin 1, at 2pm.

A National Housing Demonstration will be held in Dublin, organised by the the National Homeless and Housing Coalition, who say:

After the massive success of the #RaiseTheRoof rally on October 3rd, when we had 12,000 on the streets outside Dáil Éireann, the National Homeless and Housing Coalition have called a national demonstration on the housing crisis to take place on December 1st at 2pm.

Huge momentum is building and grass roots groups campaigning, providing front-line services and advocating for action on the housing crisis, are calling for water style demonstrations to put pressure on the government. 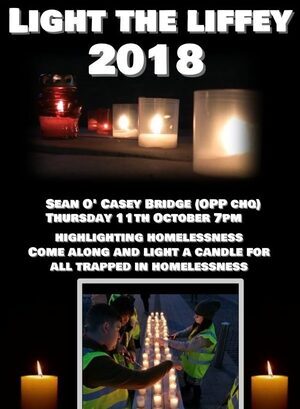 The campaign marks the highest ever recorded number of people in homeless services with figures continually rising.

Come along on the night where we intend to #LighttheLiffey, remembering all of those lost in homelessness and all of those who are still trapped within the system.

You can donate on the night to light a candle or light one for free.

Children’s entertainment, hot drinks and music on the evening. 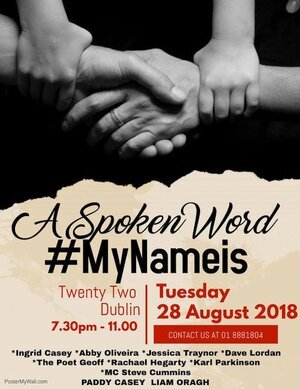 A night of spoken word and music to raise funds for Inner City Helping Homeless (ICHH).

And to continue to highlight “the extent of Ireland’s growing housing crisis one year after the #MyNameis campaign was launched”. 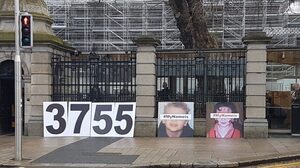 Dáil back in session at 2pm – build homes for children and their families. It’s a emergency response these children need, today.