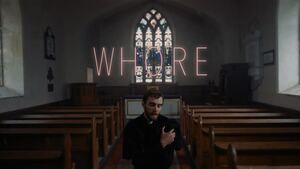 Directed by Girl Band visual collaborator Bob Gallagher, and starring actor Aron Hegarty, it accompanies a tune that provides a backing track for internal conflict and examination of roles/power structures.

“The song Whore was born out of a sense of longing and frustration. The idea of playing with power and submission. I think Bob’s video reflects those feelings, but takes a different slant. Religion and sexuality have had centuries of conflict and in Ireland we know this all too well. But at the root of it sexuality and sexual energy are the essence of being human. I’ve often wondered where that energy goes, what that inner conflict looks like” 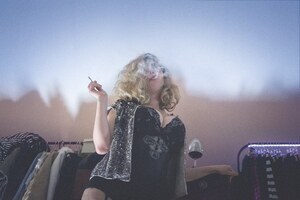