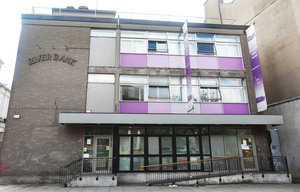 From top: A High Court decision yesterday denied planning permission to provide the country’s first legal drug injection centre at  Merchant’s Quay, Dublin. A nearby school and the Temple Bar Company were among those opposed to the project; ‘Temple Bar’ by Billy Treacy

I was brought up not too far away in Capel Street and so was both sides of my family from the surrounding streets. I had family that lived in Crampton Buildings in Temple Bar. I remember Temple Bar before it was a huge tourist industry.

I have been a working musician in Temple Bar for years. Some of this work also involved showing tourists around the area. It used to pain me to have to warn the tourists about the perils of walking around Dublin.

I wrote a song once called Temple Bar (above) written from a personal and a Dubliner’s perspective. It was a humorous but truthful song about Temple Bar as I had witnessed over the years. The song both helped and hindered me in equal measures over the years but I felt I was best placed to comment on it as I worked there and grew up a stone’s throw away.

Temple Bar is a fantastic tourist hub and great for the City. The atmosphere is vibrant and you can soak up the best of Irish Music in a few square miles. Nobody is forced to go there. If it’s too expensive for you then there are other vibrant places in the City to go to.

But anybody who frequents town can’t help but notice the drug and anti-Social problems that have been there for years and have been largely ignored. How anyone can be against a Safe Drug Injection centre is beyond me, especially when it will help users and keep the streets clean.

It seems like a win/win situation. What baffles me is how can a company in Temple Bar object to this when it is proposed to be on Merchant’s Quay (where they already do fantastic work with addicts). It has the potential to make the streets safer all the way along the quays.

What particularly sticks in my throat is that Noel Dempsey [Chairman of the Temple Bar Company] an ex minister and member of a government who lied to the people about the troika and IMF coming/not coming to Ireland can stick his head above the parapet again. This man along with all his colleagues decided to retire from politics back then after running the country into the ground, rather than face the wrath of the public in another general election.

Why does he suddenly get a say in the runnings of my Dublin (and yours)?

Dublin is not perfect and neither are all of its people, but a lot have been left behind by successive governments and what is the solution? Do we let them die on the steeets? Do we let  our children witness this? Why don’t we have an injection centre run by the Merchant’s Quay Project?

I can only see it as a positive for the people that need it, for the people that frequent the city and for the tourists. It cleans the streets and makes them safer for everyone and could possibly be the first step to rehabilitation for users. It’s a no brainier!

Nothing else has worked over the past 40/50 years. Desperate times call for desperate measures. Thanks for reading and sorry for the rant. Up The Dubs and enjoy Dublin City everyone. See you for a pint in the glorious sunshine in one of the fabulous outdoor drinking establishments. 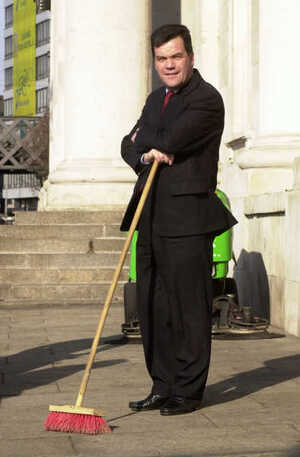 …what Temple Bar really needs is someone fresh, with a strong arts background, or an actual entrepreneurial reputation who could oversee the balance between a cultural quarter and a tourist play-pen. Instead, we get an old FF face, after a lifetime in public service. TBC director Martin Harte said that Dempsey’s work in the early days of the Temple Bar transformation had given him “considerable experience and knowledge about the area”.
But this might be a reason not to give him the job, given what has become of Temple Bar. Apparently, Dempsey has been involved in consultancy since leaving politics and will receive a nominal fee for his work. But Temple Bar is our cultural quarter, a valuable national public asset, and not some anonymous corporate company to whom his like can ‘consult’ discreetly and privately.
But it’s also about a fresh start, and giving someone else a turn. And yet so many of these FF faces insist on crawling back into public life, and cannot see how this will get peoples’ backs up. And as for Dempsey’s knowledge of the arts, he will always be the man who told the Irish public that the impending arrival of the IMF was a ‘fiction’. Clearly, here is a man for whom a work of fiction and the brutal reality of the economic truth is just a matter of words. If only the bailout was ‘a fiction’, the long suffering Irish public might have forgiven him. 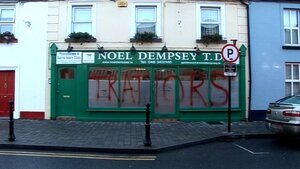 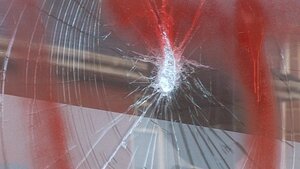