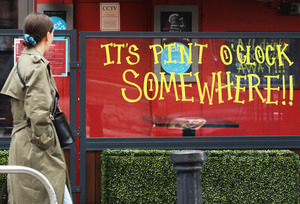 Major changes to alcohol licensing laws will be discussed by the Cabinet today.

Night-Time Economy Committees will be established in six cities and towns across the country.

Supports for venues such as cafes and clubs to stay open later for culture or live events from Monday to Thursday are also set to be examined.

There is a possibility too that planning codes could be changed to allow empty buildings be used for events.