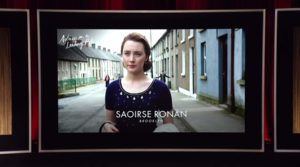 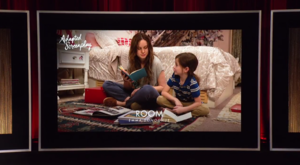 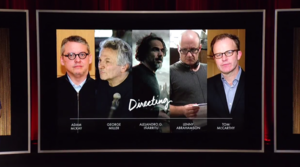 The Oscar nominations are in.

The Irish are coming!

Oscar nominations 2016 live: Carol, The Revenant and Spotlight battle it out (The Guardian)

Previously: Room For An Oscar?

The 2016 Oscar nominations are out and Irish interest is considerable this year, with Lenny Abrahamson, Saoirse Ronan, and Michael Fassbender all nominated in the main categories. Emma Donoghue is also nominated for best adapted screenplay.

Brooklyn and Room are both up for best picture alongside The Big Short, Bridge of Spies, Mad Max: Fury Road, The Martian, The Revenant and Spotlight.

Alejandro Iñárritu’s The Revenant is way out in front with 12 nominations, but the major surprise is that George Miller’s Mad Max: Fury Road is just behind with 10. The consensus is that DiCaprio will bring home the shiny statue, but my own personal Punxsutawney Phil predicts that The Revenant will win for best picture and director.

The full list of nominees is here. The 88th Academy Awards will be held on 28th February.