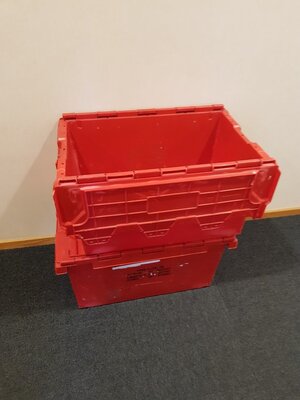 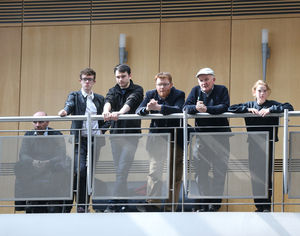 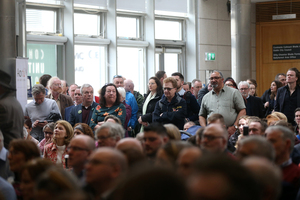 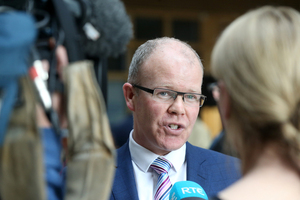 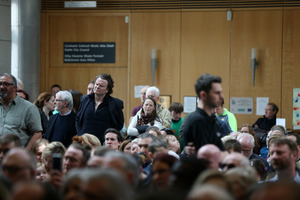 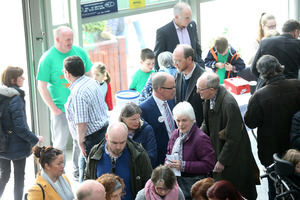 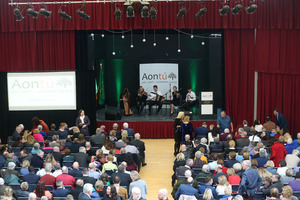 The Launch of Aontú, the new political party headed by former Sinn Féin member and Meath West TD Peader Toibin at the Launch.

“In three months we have held 40 public meetings throughout the country. No other political party has engaged at such a community level with the people of Ireland for many years. Well over 5,000 people attend those meetings.”

Mr Toibin said his party would argue for ‘sustainable’ levels of immigration:

“Our view is very simple, there needs to be sustainable levels of immigration in this country, it needs to be managed. There needs to be some link between the capacity of the country and the numbers of people coming in, if there’s not there’s going to be hardship for indigenous and newcomers alike.” 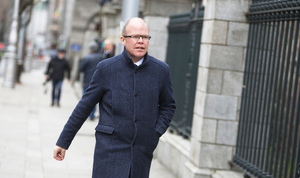 Peadar @Toibin1 unveils his new party’s name as Aontú: “Belfast was the birth place of the United Irishmen who fought for a free, independent and pluralist Ireland for Catholic, Protestant and Dissenter” pic.twitter.com/wRypOTweQo

[Paeder Toibin] confirmed the name, which means unity and consent, at an event in Belfast.

Aontú is expected to contest local elections both sides of the border in May.