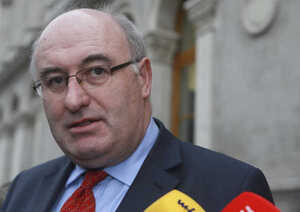 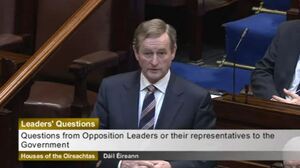 Taoiseach tells #dail “I tell you this muchm there will be no more planning permissions issues for flood plains” #toolate ??? 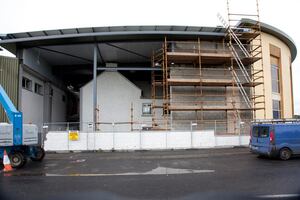 Kildare County Council have granted permission it seems to demolish a two-storey 18th century farm-house that stands at the entrance to the historic Quaker village of Ballitore (Ballytore) in County Kildare. In recent weeks, the building has been stuck inside a makeshift shed and the new owners at Glanbia (aka Avonmore) are minded to “discreetly” knock it down to make way for a new office block. 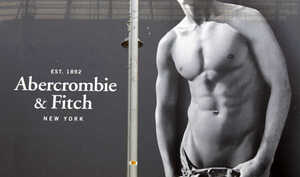 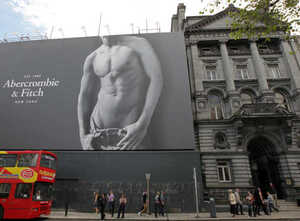 The huge hoarding, which features a naked male torso, covers the front of a building undergoing extensive renovation for a new outlet for the US clothing chain.

The council says the advertisement has not got the required planning permission. 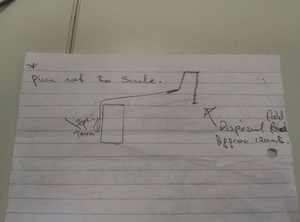 A mate’s missus works in an Australian planning office, and got this planning application in – this is the drawing, the written application is in handwriting on the underside. Phil Hogan would love this.

A dossier submitted by An Taisce in 2009 to then minister John Gormley detailed 23 planning cases where the council management’s decisions “clearly conflicted with the [Dublin] City Development Plan and/or architectural heritage guidelines”.

During the boom, it said the council “accommodated and even encouraged development proposals grossly out of proportion to their surroundings and in breach of the development plan, including several high-rise buildings within the historic city core”.

AN TAISCE’S complaint that Dublin City Council management had “systematically disregarded” its own planning policies by approving high-rise schemes during the boom will not be investigated further by the Department of the Environment.