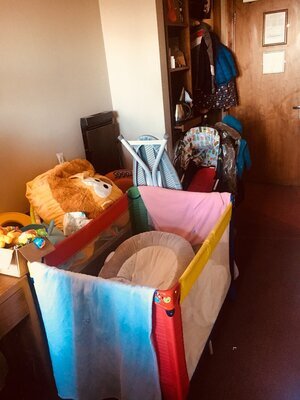 Charity DePaul has said it has seen a rise in the number of pregnant women accessing their services and witnessed women going into “labour in a one-night only hostel, to then go into hospital and to not know where she can come back to”.

Meanwhile, there are no national figures available for the number of newborn babies who leave hospital to live in homeless accommodation.

The Department of Housing, the Health Service Executive and the Dublin Region Homeless Executive have all confirmed that the number of children in such circumstances is not being collated at a national level.

In a statement, the DRHE said there is a “collaborative support system in place involving homeless services and health and family support services.

“There are a range of specific supported temporary accommodation and family hub type facilities for women with children, including newborns.

“All new mothers are contacted by the public health nurse following the birth of the baby,” it added.

In a statement, the #mynameis campaign, which raises awareness of child homelessness, criticised the absence of national figures.

“We have spoken about the indignity of treating children as just statistics but it appears that newborns born into homelessness are not even making it as far as a statistic.

“The State is effectively turning a blind eye to thousands of children,” it added.