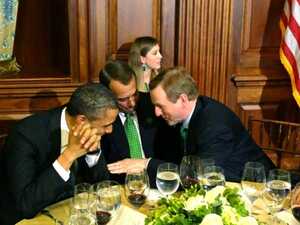 Enda Kenny unleashes his inner eejit to Speaker of the House of Representatives John Boehner and President Obama at the White House yesterday.

Via The White House

The most ‘liked’ photo ever.

From another angle altogether.

The Other Side of That Victory Hug: A New Photo Shows How Michelle Liked It (Slate.com) 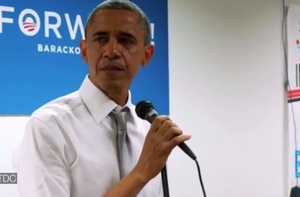 President Obama makes a tearful thank you to campaign workers in Chicago.

Meanwhile, over at Team Romney 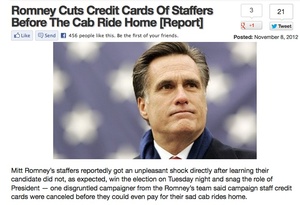 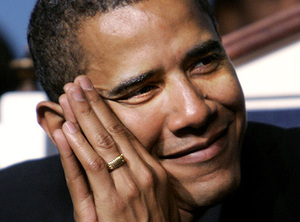 Let’s take the measure of what has happened, which is historic enough. For the fifth time in the past six Presidential elections, the Democrats have won the popular vote. For the second time in succession, Americans have elected a black man, the same black man, as President.

Throughout the country, Republican extremists…have been repudiated. Residents of Maryland and Maine (and probably Washington state, too) have voted in favor of legalizing same-sex marriage.

…it was a triumph of moderation over extremism, tolerance over intolerance, and the polyglot future over the monochrome past 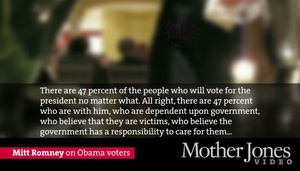 This isn’t the way it was planned,
For this speech to the wealthy and grand,
But it’s always a bitch,
When your words to the rich,
Get transmitted all over the land. 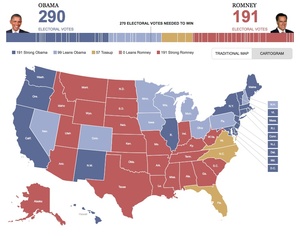 US Presidential election result if held today, based on Huffington Post pollster charts and analysis

Last night Mitt Romney and Donald Trump appeared together at a fundraising event in Las Vegas. It was somewhat overshadowed by this earlier exchange between the billionaire and CNN’s Wolf Blitzer.

Blitzer presented Trump with newspaper announcements of Obama’s birth from 1961.
Trump interrupted, “Can you stop defending Obama?”
“Donald, you’re beginning to sound a little ridiculous, I have to tell you,” Blitzer replied.
“You are, Wolf,” Trump fired back. “Let me tell you something, I think you sound ridiculous.”
Trump then alleged that the practice of filing U.S. birth announcements for an overseas birth was commonplace, though he offered no evidence. 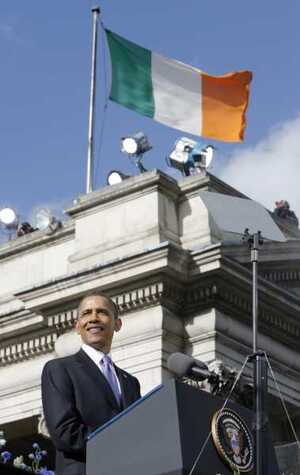 ” Defying famine, poverty, and discrimination, these sons and daughters of Erin demonstrated extraordinary strength and unshakable faith as they gave their all to help build an America worthy of the journey they and so many others have taken. During Irish-American Heritage Month, we recall their legacy of hard work and perseverance, and we carry forward that singular dedication to forging a more prosperous future for all Americans.

Now, therefore, I, Barack Obama, President of the United States of America, by virtue of the authority vested in me by the Constitution and the laws of the United States, do hereby proclaim March 2012 as Irish-American Heritage Month. I call upon all Americans to observe this month by celebrating the contributions of Irish Americans to our Nation.”