“Apologetic” Danny Baker insists he didn’t realise the connotations of a tweet which got him sacked from the BBC.

The radio DJ posted a photo of a man and woman holding hands with a suited chimpanzee with the caption: “Royal baby leaves hospital”. https://t.co/SaGn4Yudq2 pic.twitter.com/flfrPAliOi

Ah the BBC, absolutely right to sack Danny Baker but I guess that's their limit when it comes to racism… pic.twitter.com/ndDZOLYCMo 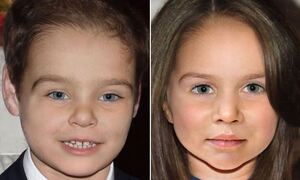 Is This What Royal Baby Could Look Like? US Forensic Artist Generates Images Showing How Kate and William’s Child Could Look (Mail Online)