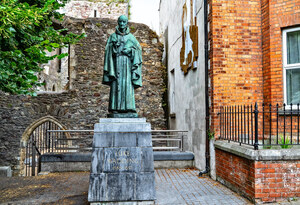 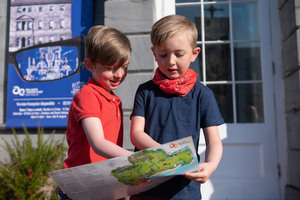 It’s all his fault.

At the entrance to Greyfriar’s Church in Waterford City stands a sculpture of the famous Franciscan monk, theologian and historian, Luke Wadding.

It is Luke Wadding who succeeded, against all the odds, in having St. Patrick’s Day recognised as a Church holiday and of course and soon afterwards it became a worldwide day of celebration.

Born in Waterford in 1588 and ordained as a Franciscan priest in 1613 he quickly became one of the most respected and well-known Franciscan theologians at work in mainland Europe, mostly in Rome where he established an Irish college for clerical students studying for the priesthood.

It is widely held that after he established his reputation in Rome, the Pope himself asked Wadding to lend a learned eye to helping to create a comprehensive calendar of saints. Wadding completed his task dutifully but thanks to his patriotic Irishness, along with all of the well-known Saints like Anthony and Francis, Wadding snuck in an extra, slightly lesser-studied Irish Saint – Patrick.

March 17th had been observed by the Irish as St. Patrick’s Day since the tenth century, but only when Wadding gave church sanction to this did it become a huge spectacle of parades and céilithe. Strangely enough one of the places integral to the international importance of St. Patrick’s Day – and to its status as a national holiday – was Waterford.

During St. Patrick’s Weekend, a guided Luke Wadding historic walking tour of the City is available at 12, 2 pm and 4 pm and will be led by the expert guides from Waterford Treasures Museums.

The Luke Wadding Walking Tour tickets are available at €10 per person, under 12s are free and tickets can be booked via Waterford Treasures (link below) or via the ticket desk at the Bishop’s Palace Museum in Waterford City. 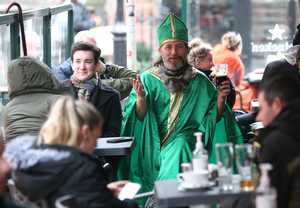 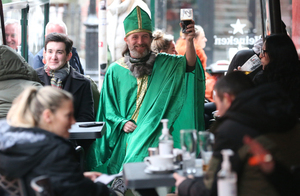 We weren’t expecting you for ages.

Saint Patrick AKA Mark McHale enjoying a sneaky mid-afternoon snifter as hopes were raised opening hours for pubs and restaurants may get extended. 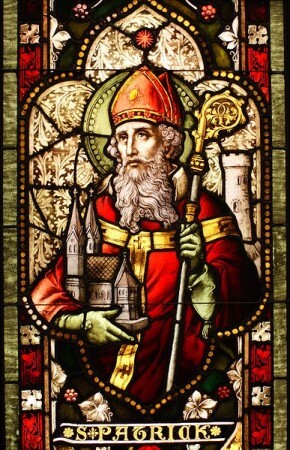 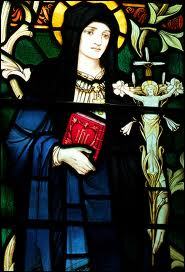 Both St. Bridget and St. Patrick are patron saints of Ireland, but each had very different methods of converting people to Christianity from paganism during medieval times in Ireland. The main reason for the differences in their approach was due to their difference in origins and target audience. St. Patrick’s approach was more aggressive and was aimed towards people in the druid class who were advisors to kings. St. Bridget’s approach, which was gentler and welcoming to the Irish people, was directed toward commoners who continued to follow pagan rituals until her influence. Although their methods varied, it is evident that St. Bridget’s approach to conversion yielded greater results than St. Patrick’s, because it did not impose religion on the people, but instead moulded their previous pagan beliefs into a genuine and devout acceptance of Christianity.